N Project as 5th Most Popular NFT! Are These Random Numbers With Black Background Digital Art Really Worth $40 Million?

N Project is now the fifth most popular non-fungible token-based artwork in the market, reaching a market cap of $40 million. Because it only features random numbers and black background, NFT fans are now asking what makes this new digital artwork valuable. 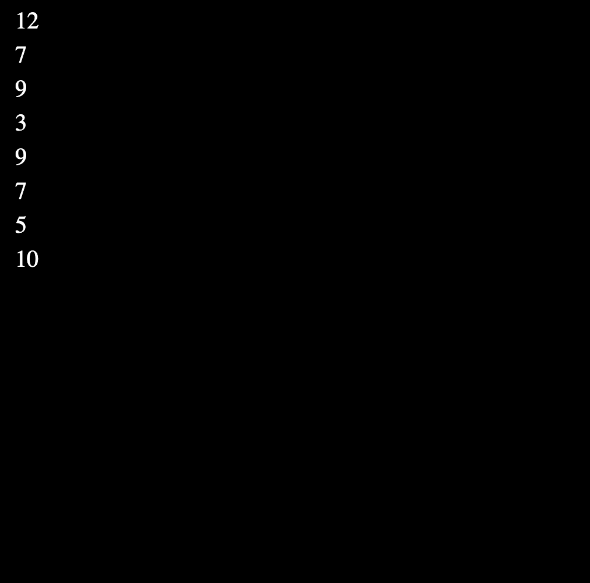 (Photo : Screenshot from Twitter post of @d4bba)
N Project as 5th Most Popular NFT! Is This Random Numbers With Black Background Digital Art Really Worth $40 Million?

The n project is a collection of 8,888 NFTs, each of which contains 8 numbers between 0 and 14. An example is attached.

The probability that an n NFT contains a specific number is also attached. The most common numbers are 1 - 10, and the most rare are 0 and 11 - 14.

As of the moment, different NFT forms are now appearing in the market as blockchain becomes more popular than ever. But, the most popular non-fungible tokens are games and digital artworks.

With more popular accepting the rise of digital tokens, such as DOGE, ETH, BTC, and other digital coins, various individuals are becoming more interested in investing millions of dollars on images of pixelated jpegs and characters.

However, new users might be confused with the rise of NFT since even digital art pieces featuring randomized numbers and black backgrounds are worth millions of dollars. This is what the new N Project NFT has proven.

According to Gadgets 360's latest report, N Project already reached a market cap of 10,256 ETH (roughly $40 million or Rs. 294 crores). On the other hand, it also became the fifth most popular NFT project within the first three days after its launch.

(Photo : Screenshot from Twitter post of @matthewjura)
N Project as 5th Most Popular NFT! Is This Random Numbers With Black Background Digital Art Really Worth $40 Million?

if anyone is interested, here is a great article about one of the most interesting NFT project right now:https://t.co/3Kfy5UO1IR@the_n_project_ pic.twitter.com/2D5nXFNEqf

On the other hand, Opensea.io reported that the new N Project is now only the seventh most popular NFT artwork. But, because of its very simple design, many people are wondering why this digital art piece is quite a in demand.

Some critics claimed that this new non-fungible token-based project only became popular because it is cashing on the rising Loot NFT platform, which currently has more than 2,5000 owners, 7,800 items, and over 60,100 value traded.

This new blockchain website also features other NFTs similar to N Project. You can see black photos with random words that are aligned to one another.

BBC explained that there are many factors affecting the value of an NFT. These include the owner. If the digital artwork is owned by an NBA star, a billionaire, or a popular musician, many consumers will pay millions of dollars to have ownership.

Aside from this, exclusivity also plays a major role. If the blockchain artwork is limited, there's a high chance that some consumers would spend lots of money to own a percentage of the NFT collection since they believe it could be worth more in the future.

For more news updates about N Project and other upcoming NFTs, always keep your tabs open here at TechTimes.

Related Article: YouTuber Shares How You Can Create Your NFT on iPhone: Here's How it Works