"SIPHER," an upcoming NFT game, will launch a public sale of its Shiba Inu NFTs on September 9. A private sale with a maximum of 2,000 whitelisted slots is set to take place on September 7.

The collection of 10,000 SIPHER Inu NFTs is just the first NFT collection that will be released by the developers of the upcoming NFT game. 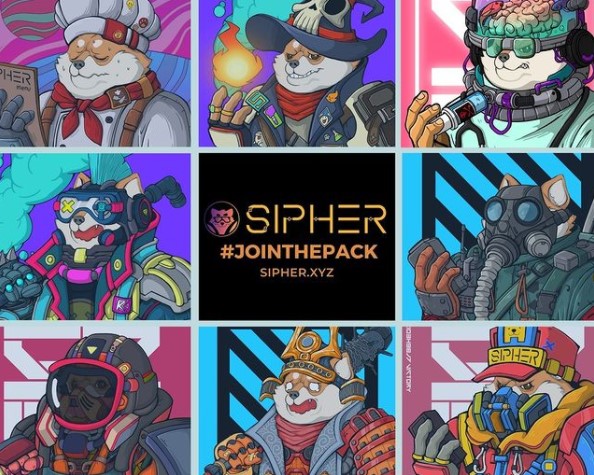 "SIPHER," one of the upcoming NFT games, will be holding a public sale of its Shiba Inu-themed NFTs on September 9. The sale begins at 9 a.m. GMT+7 and is scheduled to last for 48 hours or until the NFTs are sold out.

While they are NFTs, the SIPHER Inus are actually the characters of the NFT game. According to the "SIPHER" website, the "SIPHER" NFTs are built as ERC-721 and have been designed to have programmable emotions.

Each "SIPHER" character will have five different emotions upon purchase, and more will be unlockable in the future.

"SIPHER's" Shiba Inu NFTs are the newest additions to the Shiba-Inu NFTs in the market. It is also the latest addition to the available dog NFTs and animal NFTs, which seem to be a popular theme among NFT creators.

You might be wondering just what exactly "SIPHER" is. As previously mentioned, "SIPHER" is an upcoming NFT game, although it has no specific release date just yet.

Here is what the "SIPHER" website has to say about the NFT game's story:

"Facing the ever imminent threat of extinction from over harvesting earth resources and pollution, through decades of research, the brightest minds of humankind have joined forces to develop a new universe, called Sipheria."

"Mad scientists have created blueprints for Sipheria, where worlds are created as blocks, with infinite possibilities, all interconnected," the website adds.

What to Expect from 'SIPHER' in the Future

The Shiba Inu NFTs from "SIPHER" is just the first kind of animal NFTs that the NFT game will be releasing.

According to a separate post on the "SIPHER" website, fans and NFT enthusiasts alike can expect three new "races" or kinds of NFTs in the future. The first of which, the cat-themed NEKO NFTs, will be released next month.

The second race, the bird-themed TORI NFTs, will be out in November. The third race, bull-themed by the BURU NFTs, will go on sale in December.

The launch of the $SIPHER token is also scheduled for December.

As for the NFT game, expect the launch of the playable demo to be released in March 2022. The gameplay launch is currently expected to take place in June 2022 as of press time.