NASA's aircraft cockpit window replacement, a 4k video screen, completes its testing and is now on its way for installation. 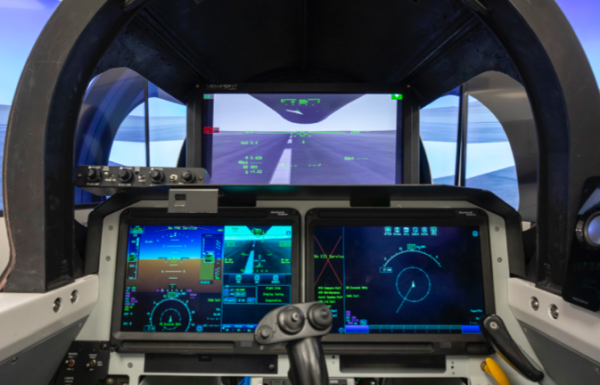 (Photo : from NASA Website )
NASA’s aircraft cockpit window will be replaced with a 4K video screen. Its testing has been completed and on its way to installation.

As per the website of NASA or National Aeronautics and Space Administration, its researchers have already completed the sets of tests needed for the eXternal Vision System or XVS before its installation on the X-59 Quiet SuperSonic Technology or QueSST.

The researchers of the United States space agency performed both structural stability tests and in-flight tests for the XVS or the 4K video screen system of the NASA aircraft.

It is to note that the series of required tests were conducted by NASA scientists at the Langley Research Center in Virginia and was announced to be concluded on Sep. 9.

According to NewAtlas, one of the unique distinctions of the NASA aircraft, also known as the QueSST, specifically lies in the design of its nose.

To be precise, the Anglo-French Concorde supersonic airliner sports a droop-nose design or more like a bird with a long and shart beak, which a handful of aircraft similarly carry.

However, the problem with the sharp nose-up aeronautics look concerns the visibility of the flight crew that frustratingly obscures the view of the runway or anything below. As such, it further restricts the range of vision for both landings and takeoffs.

It is worth adding that the droop-nose design is commonly used for supersonic airliners, such as the Concorde and the Tupolev Tu-144. Both aircraft could fly at sonic fast speeds. Thus, the need for the sharp beak looks for aerodynamics.

With all that said, NASA found an answer to the problems that flight crews are experiencing with the droop-noose design. The Space Agency's take on the visibility issue included the use of ultra high definition display--completely replacing the traditional screen of the aircraft.

New Atlas further said in its report that aerospace engineers generally hate using windows on aircraft as some of them consider the material as weak.

As such, NASA decided to completely get rid of the massive windows found on the cockpit of the aircraft as a solution to the vision issue of the low cockpit sitting and the long beak of the X-59 supersonic.

The U.S. space agency decided to stuff a large video display on the cockpit instead, serving as the view of the flight crew.

On top of seeing what lies ahead, the massive 4K screen further provides additional data from the flight, landings, and even takeoffs.

As the testing stage of the new cockpit viewing system concludes, the XVS is now on Lockheed Martin in California, waiting for NASA engineers to install it to the supersonic.

Meanwhile, NASA is working on another project as it kicks off the testing of its Air Taxi called Joby.

Related Article: NASA is Recruiting Applicants for a Year-Long Analog Mission to Simulate Life on Mars Starting This Fall 2022 | Find Out More