Google bypassed the security law of China in 2020 after it gave its user's data to the Hong Kong government, the company reportedly admitted to a news outlet in the Special Administrative Region (SAR) of the Chinese nation. 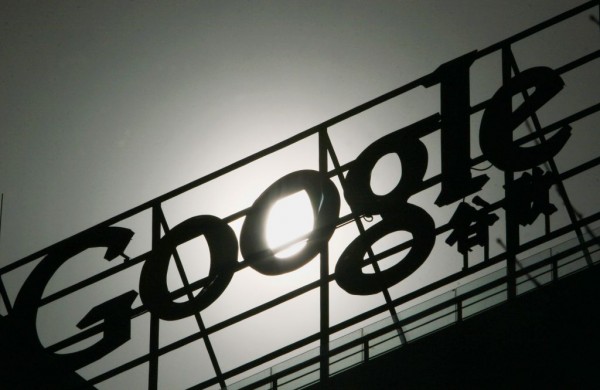 (Photo : by STR/AFP via Getty Images)
The Google logo on the rooftop ot the Google China headoffice building in Beijing on March 21, 2010. US Internet giant Google will close its business in China next month and may announce its plans in the coming days, Chinese media reported on Friday, after rows over censorship and hacking.

As per Hong Kong Free Press, Google responded to some of the requests of the Hong Kong government.

Engadget further reported that Google previously promised the Chinese government that the tech firm will no longer respond to data requests of authorities in Hong Kong as the Asian country imposed the security law last June 2020.

Last July 6, 2020, Google along with other tech giants, Twitter and Facebook, vowed to halt response to data requests due to the new security law, according to The Verge.

However, the latest report from the Hong Kong news outlet suggested that Google made some exemption to its promise to the Chinese government.

To be precise, Google reportedly agreed to give out data from three users to the Hong Kong authorities, out of the total 43 requests that the Chinese SAR made in 2020.

That said, the Google Transparency report in Hong Kong revealed that Google only responded to 7% of all of the requests from the China SAR authorities.

Google admitted to "produce some data" for Hong Kong in response to the query that Hong Kong Free Press made way back in May.

The search engine giant further disclosed that Facebook denied the emergency request of Hong Kong. On the other hand, Google agreed to it last year, making it the only tech firm to do so since the imposition of the security law in 2020.

It is worth noting that Google clarified the disclosed user data does not include any of the content data of the user.

Instead, the tech firm said that it only responded to the request of the government based on the internal policy of the search engine titan.

To be precise, the company rules limit the response of Google to information of the user, such as IP addresses, billing information, email and phone numbers, and name. Not to mention that it will also include timestamps, email headers, and metadata.

Read Also: Google Assistant Records Audio Even When You're Not Using It, Company Reportedly Admits

Google also noted that it only responded to the numerous requests of Hong Kong due to the "threat of life."

Two of the requests were human trafficking incidents that were paired with a search warrant. Meanwhile, Google agreed to the third request due to the credible "threat to life."

Elsewhere, Apple warned about the data collection of Google Maps.

Related Article: Google Shuts Down Android Auto, All Drivers That Need an Interface Will Have to Use Google Assistant