How NASA Plans to Send Humans to Deep Space: The Alcubierre Drive, aka a Real-Life 'Warp Drive' Explained

NASA has some big plans for future manned space explorations. And by big, they probably mean universe-spanning (or galactic-spanning, at least). 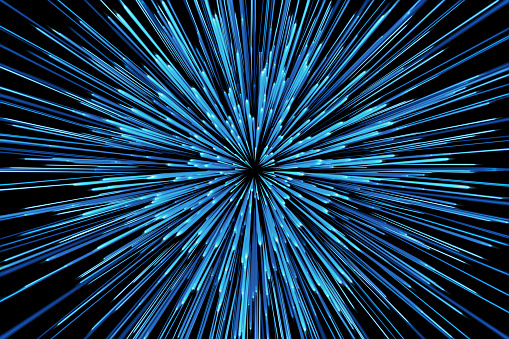 See, the one main issue with manned space exploration is the fact that outer space is unimaginably vast. Seriously, the figures used to show distances within the universe are extremely massive, scientists had to invent a new way to measure them: light-years.

And if humanity really wants to see out into the furthest stars, they're going to need a propulsion system so much more powerful than conventional rockets. By having one, humans would have the capability to reach star systems situated light-years away from Earth.

Enter something that sounds like it came straight out of science fiction: the Alcubierre Drive, or what scientists call a potential real-life, working warp drive.

NASA Warp Drive: Is It Even Real? And Where Did it Come From?

Yes, it is real. It's just the science behind its theoretical performance is so mind-boggling, you'd swear it came from the overactive imagination of a Hollywood writer.

According to The Conversation, the story of the Alcubierre Drive starts with the legendary Albert Einstein and his Theory of General Relativity. Einstein's equations state that spacetime bends as a response to the existence of energy and matter. This, in turn, explains how the two things move through space.

There are two limits that General Relativity puts to deep space travel. The first one says that a spacecraft cannot reach the furthest edges of the universe (let alone the Milky Way galaxy) within a reasonable time frame if it can't go past the speed of light, which is roughly 300,000 km per second. There's a reason Einstein called the speed of light "the cosmic speed limit": nothing is faster than it. 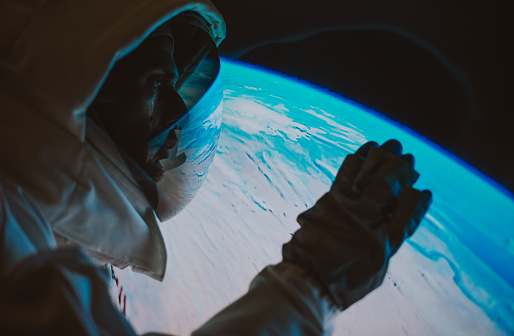 The human crew aboard would've aged slower, while hundreds (or even thousands of years) would've already passed back home, making them essentially time travelers into the future.

These are the main principles that drive (pun intended) the NASA warp drive. But how do they play out in tech?

The Alcubierre Drive: How It (Theoretically) Works

The simplest possible explanation for the Alcubierre Drive is that it uses the two concepts of General Relativity explained in the aforementioned paragraph.

According to Popular Mechanics, the NASA warp drive will expend a massive amount of energy that will "warp" (contract and twist) space time behind the spacecraft, which will create a space time "bubble." This bubble, which will be created around the ship and curved behind it, will theoretically reduce the distance that the ship will have to travel. Therefore, it could make light-speed (or even faster-than-light) travel possible. 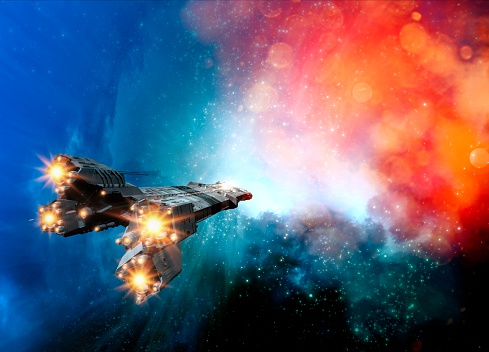 The only problem is that the amount of energy that the NASA warp drive requires would be impossible to make with conventional tech. Simply put, it would take more energy than what the entire universe has in order to create the spaceship-propelling bubble.

How NASA Found a 'Workaround' for the Warp Drive

Traveling at the speed of light has some interesting (and rather dangerous) implications, however. There are so many things that could go wrong, but a few of the most important ones are explained in this short NASA video:

Now, onto the workaround. The problem of using insane amounts of energy can, according to scientist Erik Lentz, be solved by making a different type of spacetime bubble. According to him, the bubble that NASA should look to create must come in the shape of solitons. Solitons work much like ripples across a calm lake, in that they maintain their "whipping" movement while at a constant velocity.

Looking Ahead to the Future

NASA is obviously still working out the kinks of their warp drive, but perhaps it's only a matter of time before at least neighboring star systems, like Proxima Centauri, will be in reach for human crews.

Until then, we can only look at the furthest stars using our telescopes.

Wonder What It's Like to Travel at the Speed of Light? NASA's Cute Animation Will Show You