SpaceX just launched its first all-civilian crew into orbit to much fanfare, opening up the brand-new frontier of space tourism. But if you'd like to be on one of the future crews, you're going to need more money than you've ever seen in your life. 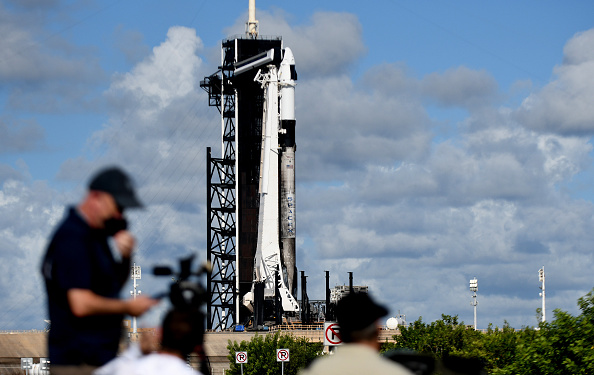 (Photo : Paul Hennessy/Anadolu Agency via Getty Images)
FLORIDA, UNITED STATES - SEPTEMBER 15: Media photographers set up cameras to take the launch of Falcon 9 rocket and a Crew Dragon capsule at pad 39A at NASAâs Kennedy Space Center in Cape Canaveral, Florida on September 15, 2021. SpaceX is scheduled to launch the first completely private Inspiration4 mission at 8:02 p.m. tonight, carrying four civilians into orbit, with a splashdown 3 days later off the coast of Florida.

According to a report by The Express, a single ticket for a three-day vacation to space via SpaceX will cost you $55 million per seat.

Yes, you read that right: not even the best-paid athlete will be able to realistically pay for this specific SpaceX flight without having to go under.

During those three days, you'll have a taste of what the Inspiration4 crew is currently experiencing right now.

Aside from total weightlessness, they will also see all of Earth via a domed window, because their capsule will be orbiting the planet a total of 45 times.

While there, however, the four-person crew will have to do away with a few creature comforts of living on land. For instance, they will have to share one toilet onboard, and will have to sleep in the same reclining seats they were in during their ascent.

After their mission, the SpaceX Crew Dragon capsule will splash back down to Earth, landing on the ocean.

These four folks aren't going to do a lot of scientific experiments like the astronauts aboard the ISS.

But the fact that they're up there now is opening a lot of avenues into commercial space travel. It now means that you don't need to be a professional astronaut to go to space.

Read also: SpaceX Starship Render Doesn't Have the New Flap Position, Musk Confirms it Would be 'Smaller and More Leeward'

But of course, there are far more things about this flight other than its potential long-term significance. And one of the biggest things about it is the price you'll have to pay.

Simply put, the three other Inspiration4 crew members likely wouldn't have been able to afford the $55 million-per seat price tag that this SpaceX flight has.

The mission's sole financier is Isaacman, who is actually a billionaire and the founder of the company Shift4 payments. 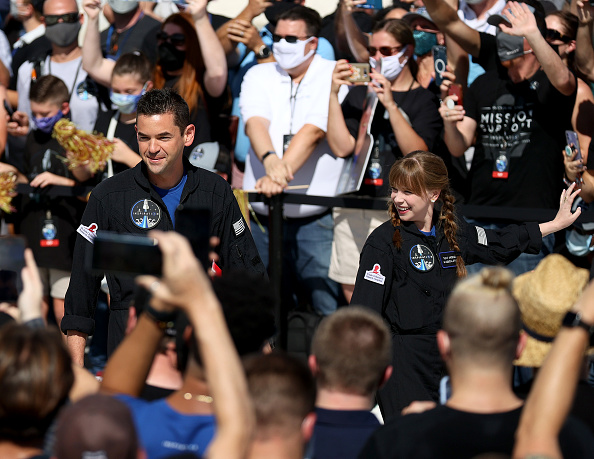 (Photo : Joe Raedle/Getty Images)
CAPE CANAVERAL, FLORIDA - SEPTEMBER 15: People watch as Inspiration4 crew members Jared Isaacman (L) and Hayley Arceneaux prepare to leave for their flight on the SpaceX Falcon 9 rocket and Crew Dragon at launch Pad 39A at NASA’s Kennedy Space Center on September 15, 2021 in Cape Canaveral, Florida. SpaceX is scheduled to launch the four private citizens into space at 8:02 pm this evening on a three-day mission. The flight would be the first to orbit Earth with a crew comprised entirely of civilian astronauts.

What about other commercial space tourism providers, then? Say, Virgin Galactic? Well, Branson's company does sell cheaper tickets, but they're still pretty expensive.

According to BusinessInsider, you'll have to fork over $250,000, and you'll only fly to the edge of space; not actually orbiting the planet.

Blue Origin's pricing is at $28 million, with the perk of sitting next to Jeff Bezos himself.

Space Exploration Is Expensive For A Reason

Space exploration as a whole is still too out of reach for the common man.

There's a reason the likes of NASA spend hundreds of billions of dollars on a single mission regularly: the tech, logistics, and everything that goes into one mission is just astronomical (pun intended).

But who knows? Maybe in the next few decades, the price will be lowered.

Until then, however, we can only watch rich folks (and incredibly lucky ones) visit the Final Frontier.

SpaceX Starship Render Doesn’t Have the New Flap Position, Musk Confirms it Would be ‘Smaller and More Leeward’

SpaceX Inspiration4 Mission: Where to Watch the All-Civilian Launch Online