Rivian is launching the "Rivian Membership" program which would somehow be a subscription platform that would give users a lot of perks that they can use even on an adventure. The main focus of this program is for when a person goes off-roading or goes on remote areas, Rivian is there to assist its membership perks.

The Rivian R1T is the first vehicle that would roll out of the factory of the company in Normal, Illinois, and it would bring the adventure vehicle which can also be a cargo-hauler that has plenty of purposes. The company is known to have gone against massive car companies like GM, Tesla, Lordstown, and more for this venture.

But they have thrived and were able to deliver as early as now. 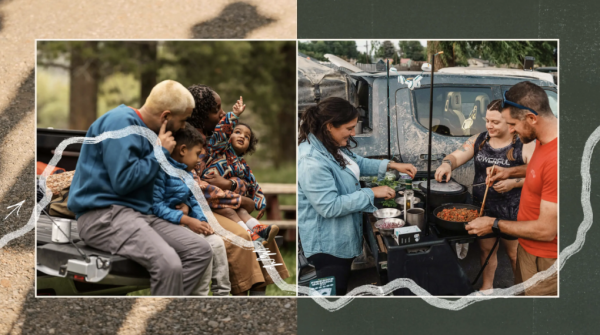 Rivian's Membership is aiming to connect people and grow a network of Rivian users to make it a community, allowing people to discover more and go on adventures together. Moreover, this is an initiative by the company to promote perks and special offers for all its members, which would be exclusive to those who have joined.

The membership program is just like other ones that are offered in hotels, spas, country clubs, and more. However, this one is focused on the car, its user, and adventure which is intended for everyone.

The electric vehicle manufacturer has also announced it via its Twitter platform (@Rivian), and it said that it would focus on the "deeper appreciation" of the nature around us. It is known that Rivian's vehicles are adventure-ready, and have several camping equipment and accessories that make them ready for adventure at first use.

Rivian is marketing its vehicle to be the ultimate adventure car for all, and it aims to bring that for people soon. The venture into a membership that would grow a network and give perks is a massive move for an EV company, but it shows that it is focusing its efforts on its users.

Are Perks Usable During Adventures?

The perks included are free charging and free 4G LTE internet connectivity on the hubs that the company would soon install on remote places, or where they think people would go on adventures most. This means that people can use these perks at any time of the day, despite being on an adventure or in the outdoors.

People would only need to locate the said hub that they can use while they are in the wild to explore its options and take advantage of their membership for the company's services.

Is it Worth it?

This is a worthy investment, perk, or club to join as it gives back to the users as well. It also helps in promoting a network or giving people interconnectivity as part of a community of Rivian drivers.

Also, this is worth it for those that go on adventure frequently but would have to note that not all places or destinations would have this, and it would be subject to Rivian's plans.