Apple Lawsuit for Apple Watch’s Swipe Keyboard, Developers Claims Cupertino Copied his App, But Did Apple Do It?

Apple has a lawsuit that it faces for its Apple Watch's new Swipe Keyboard, where a developer claims that he has been kicked off the App Store and the Cupertino giant copying his technology. The developer, Kosta Eleftheriou, has reasons to believe that he has been copied and not given the proper credit from Apple.

The Cupertino giant has been facing a lot of scrutinies in the past months, and the most recent is with the integrity of its 2020 M1 MacBook Pro and Air, which claims to have a rigid screen that breaks for no reason.

Apple just finished the release of its September Fall event, and it featured the popular iPhone accessory of the Apple Watch Series 7, which debuted the first Swipe Keyboard for the wearable. 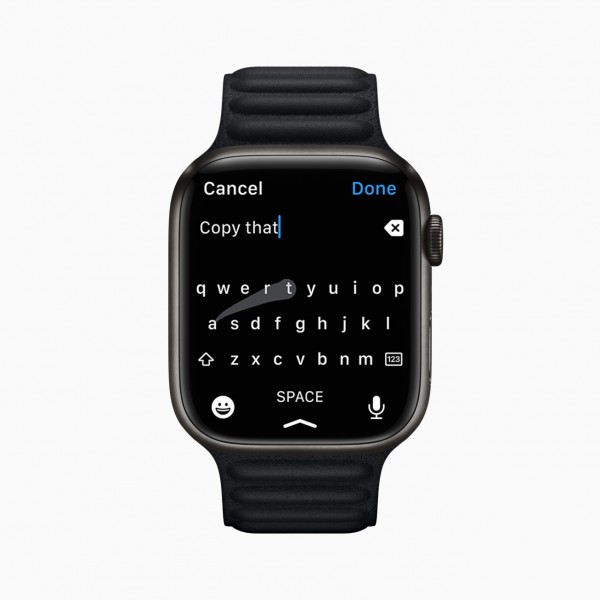 Apple is facing yet another lawsuit, but this time it is from a developer who is alleging that the Cupertino giant has copied his swipe keyboard application meant for the Apple Watch. The Swipe Keyboard is available on the Series 7, something which is limited to the device and would require people to purchase the device to use it.

According to Eleftheriou via Twitter (@keleftheriou), he now knows the reason why his application was removed off the platform of the Apple Watch, something which was unprecedented. The Verge says that the story behind this was in January 2019, the developer and Apple were close to a deal for the swipe keyboard when he was removed off the platform.

So now we know. See you in court, @Apple. https://t.co/hJtPI2Z83J pic.twitter.com/1s7MUSLTpc

Several years have passed, and the developer has sought a case against the Cupertino giant, and now, it adds his claim of the use of Apple for the Swipe Keyboard functionality which he originally had. Apple was known for not having any keyboards on the Apple Watch, and it can only reply with pre-programmed responses or messages.

Developer is Pursuing a Case Against Apple

Eleftheriou's FlickType has been said to be removed from the App Store for violating rules and regulations, and it has left the developer confused over what has transpired. It was said that Apple's executives were on board the idea and were interested in what was being presented, but ultimately removed him and his app off Apple.

Now, the case has been filed in court, and it is going against Apple for its unlawful removal of the FlickType meant for the Apple Watches present, as well as copying his technology for the new Series 7.

Did Apple Copy the App?

For now, the Apple Watch Series 7's Swipe Keyboard functionality is available on the new device, and it is exclusive there. Indeed that the two devices have similarities and distinct characteristics that make them similar and look alike.

However, the verdict would have to be the investigators and court's judgment of whether the Cupertino giant copied them and used the technology for themselves.