Through a live letter, Square Enix announced some information about the "Final Fantasy XIV: Endwalker" expansion that will be coming soon.

The producer has shared that many adjustments will be made to it. The show also informed the fans that a fresh title screen will be introduced as well.

'Final Fantasy 14' to Get a New 'Endwalker' Expansion 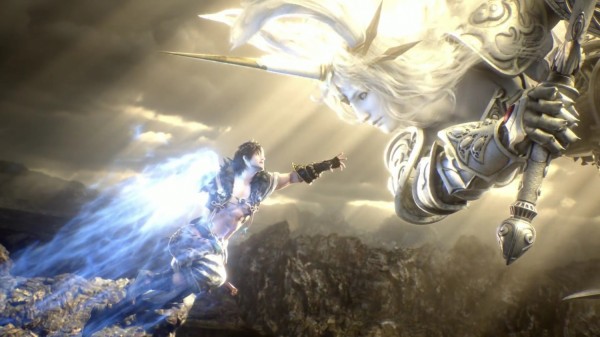 (Photo : Square Enix)
The details about the upcoming "Endwalker" expansion of "Final Fantasy XIV" were now revealed via a Live Letter from the producer.

According to a report by Twinfinite, Naoki Yoshida, the game's lead producer, and Toshio Murouchi, the Global Community producer, have noted many changes for the "FF14: Endwalker" expansion.

The first change that fans can notice is the opening screen.

The moment they open the game next time, they will be greeted by an "Endwalker" title screen.

Yoshida stated that the expansion will encounter many changes, including the game's guidelines and small alterations. He also talked about some tweaks for the Shadowbringers.

As the players increase their level cap, they would discover more things that they could explore. In addition, there will be adjustments when it comes to primary abilities' recast timers: 60 or 120 seconds.

We could also roam new locations for the "Endwalker" phase.

So much for these changes, the game's UI will also undergo little transitions on its "Game Start" button.

At the time of writing, we could still anticipate the arrival of many improvements for "Final Fantasy XIV: Endwalker" as the launch date of expansion nears.

Besides key adjustments in characters and abilities, Square Enix also toured the viewers to a brand-new set of areas that they could visit.

In line with the "FF14 Endwalker" expansion, the players could now travel to Thavnair, Moon, and other places that are still foreign to the "Final Fantasy" fans.

There is also a job trailer that was shown to feature some adjustments in battle classes. For instance, two new jobs are on their way to the game: Reaper and Sage.

On top of Square Enix's gift to the fans, the "Final Fantasy" fandom expects that the "FFXIV Endwalker" expansion will sport much-improved mechanics and gameplay compared to the previous ones.

This time, the company is making sure that fans will surely love the developments in the upcoming expansion.

"Final Fantasy XIV: Endwalker" will be launched next month, Nov.23, according to the latest report by Dotesports.

Read Also: 'Final Fantasy XIV' All Crafting and Gathering Jobs: How to Unlock Them Guide

In our previous report, "FF 14" game director Yoshida seemed to dislike the idea of other people about the game beating "World of Warcraft."

When Yoshida was asked about that back in July, the producer appeared to be unamused about it. He said that "World of Warcraft" serves as an inspiration for "Final Fantasy 14."

Before the "End Walker" announcement came out, an early teaser was launched in February. The trailer focuses on the impending game changes which include a new healing class.