Tech startup SEE Robotics launched a crowdfunding campaign for the world's first robot for vloggers, hitting its target right on the first day.

Shortly after SEE Robotics unveiled the Kickstarter campaign for Billy the Robot last August 31, it immediately hit its target - creating an exciting and emotional day for the entire SEE team and the Kickstarter community. 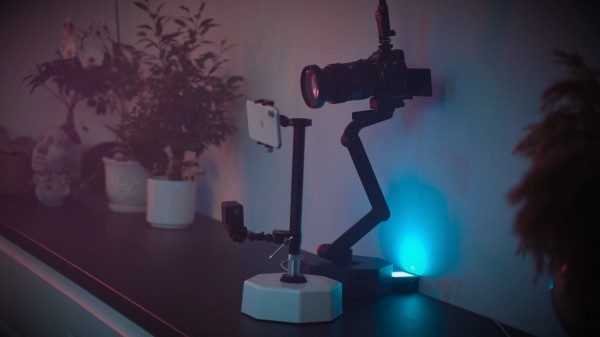 ALSO READ: Engineers to Put Fingertip in Robots to Feel 'Sense of Touch' and Avoid Error

Marketed as "The World's First Friendly Robot for Vloggers," Billy the Robot is an ultra-silent and stable companion designed to make capturing moments and experiences easier.

Early in its project, SEE Robotics was faced with the challenge of obtaining financing to start its production, leading the company to seek crowdfunding through Kickstarter.

While Billy is still in the production stage, the community has seen its potential, and the funds pledged will allow the tech startup will help SEE Robotics meet its financial needs and start developing Billy The Robot.

With a little over ten days to go before the Kickstarter campaign ends, SEE Robotics and Billy the Robot has already found 115 backers contributing to more than $54,500 out of the project's $11,725 goal.

Billy The Robot is currently available for interested backers at a 50% discount.

Billy The Robot can work as a vlogger's very own AI camera operator, leaving the content creators free to do their craft hands-free.

Also, small vloggers can now freely operate without the need for expensive equipment or teams of more people to manage things behind the camera.

The new SEE Robotics project can even be tasked to shoot your hyperlapse videos as you cook or create artworks.

SEE Robotics' new creation comes in Billy and Billy Pro, with the two products differing in design, mechanics, and purpose.

Billy is intended for smaller loads like smartphones, DSLR cameras, and other cameras that weigh up to 3 kilograms (kg). Meanwhile, Billy Pro, its stronger brother, specifically CNC made, is for professionals.

For those using DSLR, mirrorless cameras, and professional cameras that weigh up to 6 kgs, Billy Pro comes with a highly rigid jib fabricated via CNC.

Shooting videos is as easy as mounting a ring lamp and a camera to the Billy unit. Users can also remotely control Billy by using the accompanying app that comes with the unit, making control easy and intuitive with a joystick-like controller.

The tech startup SEE Robotics was first established in 2019 and by the start of 2020, its R&D has already started work on its native ecosystem. The company aims to eliminate the technological barrier by transferring human presence to remote locations in real-time through the use of AI and internet-controlled robots.

On the SEE Robotics website, the company explains that an example of a project that brings this vision to life is a waiter robot that can be controlled by a disabled person, even when the controller and the robot are countries apart.