Jared Isaacman, the billionaire founder of Shift4 Payments who is one of the crew members of SpaceX's Inspiration4 mission, has tweeted his thanks to the space company and its CEO. 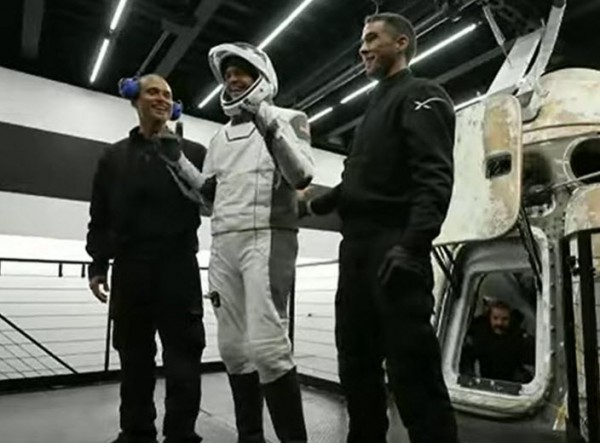 Isaacman thanked SpaceX for bringing the Inspiration4 back to Earth safely. He also thanked Elon Musk for donating $50 million to his charity effort for St. Jude's Children Research Hospital in Memphis.

Elon Musk previously pledged $50 million to the fundraising effort in a tweet.

The Inspiration4 mission is the billionaire's effort to raise funds for the children's hospital. As of press time, the fundraiser has raised a total of $210 million, according to an update by the St. Jude's Children Research Hospital.

SpaceX's all-civilian mission successfully returned home on September 18 as it landed on the Atlantic Ocean off the Florida coast.

Jared Isaacman, the Shift4 Payments founder and the mission commander of Inspiration4, has thanked both SpaceX and Elon Musk.

In a tweet posted on his personal Twitter account, Isaacman thanked SpaceX for bringing the crew home safely. He likewise thanked Elon Musk for his $50 million donation to the St. Jude's Children Research Hospital.

"Incredible news on @elonmusk donation and surpassing the 200m goal for @StJude. Let's keep it going," his tweet reads.

Elon Musk previously tweeted "Count me in for $50M" in response to a tweet by Inspiration4's Twitter account asking for help to reach its fundraising goal.

The Inspiration4 mission aims to raise $200 million for St. Jude's Children Research Hospital. Haley Arceneaux, one of the three other crew members of Inspiration4, is a physician's assistant at the hospital. According to a report by Space, Jared Isaacman did not want to be "just another billionaire spaceflight on the books, he wanted the mission to really mean something, so he led a campaign to raise money and awareness for childhood cancer research." Per a tweet posted by the Twitter account of the St. Jude's Children Research Hospital, $210 million has already been raised for childhood cancer research.

Related Article: Inspiration4 Crew Chats With Patients From Hospital the Mission is Raising Funds For

SpaceX's Inspiration4 mission has safely and successfully returned back to planet Earth.

According to a separate article by Space, the "SpaceX Crew Dragon Resilience gently landed in the Atlantic Ocean off the coast of Cape Canaveral, Florida" on September 18 at 7:06 p.m. EDT.

SpaceX's all-civilian mission (no trained astronaut was onboard) was successfully launched on September 15 from Pad 39A at NASA's Kennedy Space Center in Florida. The launch took place at 8:02 pm.

The mission made history as the first ever all-civilian mission to space.

Its crew members spent three days orbiting Earth and conducting medical experiments that can aid future spaceflights. Aside from Jared Isaacman and Haley Arceneaux, the other crew members of the Inspiration4 are Sian Proctor and Chris Sembroski.

SpaceX Inspiration4: What is Their Mission in Their Multi-Day Journey? Is It Streamed Live?