SpaceX CEO, Elon Musk, himself adds a whopping $50 million to Inspiration4's donation to the St. Jude Children Research Hospital, which further helped the latter to achieve its fundraising goal of $200 million. 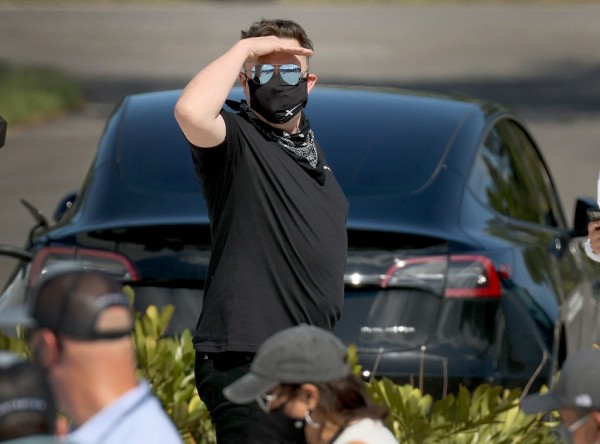 (Photo : by Joe Raedle/Getty Images)
CAPE CANAVERAL, FLORIDA - SEPTEMBER 15: Elon Musk arrives to watch as Inspiration4 crew members Jared Isaacman, Chris Sembroski, Hayley Arceneaux, and Sian Proctor prepare to leave for their flight on the SpaceX Falcon 9 rocket and Crew Dragon at launch Pad 39A at NASA’s Kennedy Space Center on September 15, 2021 in Cape Canaveral, Florida. SpaceX is scheduled to launch the four private citizens into space at 8:02 pm this evening on a three-day mission. The flight would be the first to orbit Earth with a crew comprised entirely of civilian astronauts.

The donation from the Tesla and SpaceX founder and CEO comes as the crew of the successful mission returned to Earth after three days in the orbit of the Earth, according to CNBC.

It is worth noting that the SpaceX Inspiration4 mission is the first-ever all-civilian space flight without any professional astronaut on board.

But the mission did not only achieve that monumental milestone. It also extended a helping hand to the efforts of St. Jude Children Research Hospital to assist kids who are battling the effects of cancer during their youth.

The Inspiration4 mission launched last Wednesday, Sept. 15, via the SpaceX Falcon 9 and the Crew Dragon spacecraft that was made especially for the all-civilian crew, which flaunted that largest window in a rocket.

One of the Inspiration4 crew members, Arceneaux, even brought a puppy stuffed toy based on the therapy dogs of the St. Jude Hospital.

As per Teslarati, the latest donation is on top of the $100 million that the initial mission commander and the Chief Executive Officer of Shift4Payments, Jared Isaacman.

Not just that, the public was able to raise a total of $60.2 million for the St. Jude Children Research Hospital.

As such, the total fundraised for the kids at the St. Jude Hospital is now to the tune of $210 million with Musk's $50 million capping it off. Thus, it is now more than $10.2 million than the initial goal.

As Inspiration4 splashes down to the Atlantic Ocean as they land back to Earth, Musk announces his slice of the pie in the St. Jude fundraising.

The official Twitter account of Inspiration4 announced the comeback of the whole four-man all-civilian crew, further noting that they are "Happy. Healthy. Home."

The tweet further added that the return to Earth is not the end of the Inspiration4 mission, asking the public to help them reach the $200 million fundraising goal for St. Jude.

In an Elon Musk fashion, the billionaire replied to the tweet of Inspiration4, saying that he will be donating an additional $50 million to the St. Jude fundraising.

Related Article: SpaceX's Inspiration4 is Launching Next Week Aboard the Dragon, And the Mission is a Go