iOS 15's Record Apps Activity feature allows its users to easily track which apps are collecting too much data too frequently from them. 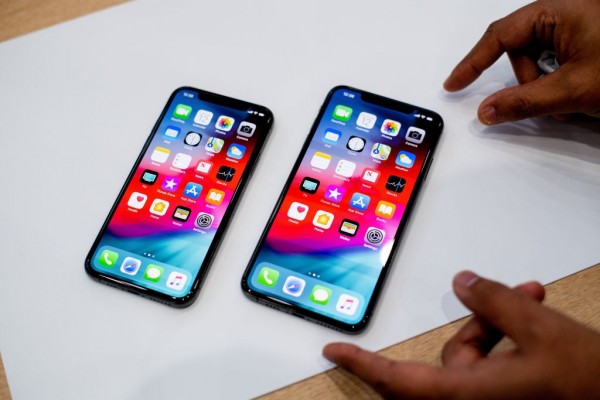 (Photo : by NOAH BERGER/AFP via Getty Images)
An Apple iPhone Xs Max (R) and iPhone Xs rest on a table during a launch event on September 12, 2018, in Cupertino, California. - New iPhones set to be unveiled Wednesday offer Apple a chance for fresh momentum in a sputtering smartphone market as the California tech giant moves into new products and services to diversify.Apple was expected to introduce three new iPhone models at its media event at its Cupertino campus, notably seeking to strengthen its position in the premium smartphone market a year after launching its $1,000 iPhone X.

Apple recently released the stable version of the iOS 15 last Monday, Sept. 20, after being in beta for months already.

The iOS 15 comes along with the next-gen operating system of the tablet of Apple, the iPadOS 15.

Meanwhile, the upcoming iPhone 13, which starts shipping on Friday, Sept. 24, comes with the iOS 15 readily installed, as per MacRumors.

That said, those who have pre-ordered the upcoming Apple smartphone had already seen it begun shipping last Sept. 19, with the status at "on the way."

However, it is worth noting that even users of the older iPhones, from the aging iPhone 6s to the latest, could now get their hands on the iOS 15 of the Cupertino giant.

It is to note that the iOS 15 is packed with newly introduced privacy features--but more on that later on.

One of which is the Record App Activity, which provides its users an option to know which apps are spying on them or excessively collecting their precious data, according to Mashable.

As per ZDNet, Apple attempts to crack down the access of apps on the App Store to sensitive data, including photos, camera, microphone, and even the location data.

That said, the iPhone maker decided to give its users a tool that gathers the activities of any installed apps in collecting user data.

Now, an iOS 15 user could determine which apps are taking too much data from them by using the Record App Activity, which debuted on the latest iOS.

How to Use Record App Activity

To begin with, make sure that your iPhone is updated with the latest OS as Record App Activity is exclusively available on iOS 15.

To use the new security feature of iOS 15, go straight to the settings app of your iPhone. Then, select the Privacy option, and scroll down to the bottom of the screen,

After which, toggle on the feature to start recording the activity of your installed apps.

The new feature will specifically provide a summary of the data that apps access in the last seven days.

As mentioned, the Record App Activity is not the only privacy feature that iOS introduced.

To do so, go to Settings. Then, select Safari, and tap on Hide IP Address.

What's more, IOS 15 brought an improvement to the ability to share the location. Now, the feature allows users to share their location just once.