"Dragons of Midgard," a collection of dragon NFTs, is set to go on sale on September 22. There are a total of 9,999 dragons in the NFT collection.

Holders of these dragon NFTs will have full commercial rights to the NFTs they buy. They will also receive perks and benefits such as NFT personalization and mutation/breeding.

The NFTs will also serve as the holder's pass to play the upcoming "Dragons of Midgard" play-to-earn game. 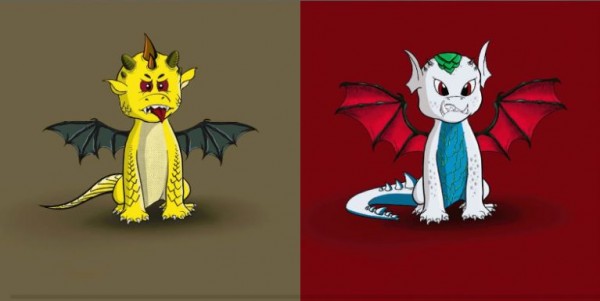 (Photo : Screenshot taken from the Dragons of Midgard website)

"Dragons of Midgard's" dragon NFTs are scheduled for release on September 22 at 6:30 p.m. UTC. Each dragon NFT can be minted for 0.07 Ethereum (ETH) plus gas fees.

There are a total of 9,999 dragon NFTs in the collection that are generated from more than 500 traits, according to the "Dragons of Midgard" website.

Dragon holders can evolve their base dragons, called Wyrmling, to level 2 (Juvenile), 3 (Ancient), and 4 (Great Wyrm) dragons. Per the website, "The upgrades can be purchased and sold separately while the wyrmling remains in the hands of the user."

This feature will be introduced within 30 days after the launch.

Developers are also planning on introducing a breeding feature within 60 days after launch. This means that two dragons (either evolved or base dragons) can be bred to produce child dragon-bearing attributes of both dragons. However, both dragons that will be used for breeding must be in the same level of evolution.

Among the perks and benefits, the holders of "Dragons of Midgard" NFTs can enjoy is the Dragons' Den. According to the official website, it is a "dragon society" where " dragons can socialize with other dragons in the dragon society and can perform trades."

NFT holders can also personalize their dragons by giving them a name and history. The dragons can also be showcased in the Dragons' Den.

These $SOULS tokens can be used to buy in-game items, upgrades, and the like. Each player will receive 1,000 $SOULs tokens that can be exchanged with other cryptocurrencies, according to the website.

"Dragons of Midgard" joins the list of NFT collections with upcoming NFT games.

Aside from "Dragons of Midgard," another example of NFTs that are part of a future NFT game is "Panda Fight Club." The "Panda Fight Club" NFTs went on sale on September 13, but the NFT game will not be available until later this year.

"Sushiverse" is also another NFT collection that will have an NFT game in the future.