Verily Rumored to Leave Alphabet, Google to be Independent; Health Tech, Research to Be its Focus

Verily is now rumored to soon depart from its parent company, Google, a subsidiary of the multinational conglomerate, Alphabet. The said insider reason for departure is that the research startup wants to be independent, aiming to debut future research and technology for the company.

Google's Verily has debuted a lot of supposed innovations and research for the company, and it is with the likes of Smart and Autofocusing Contact Lenses, Smart Shoes for weight and falls, Diabetes research, and more. 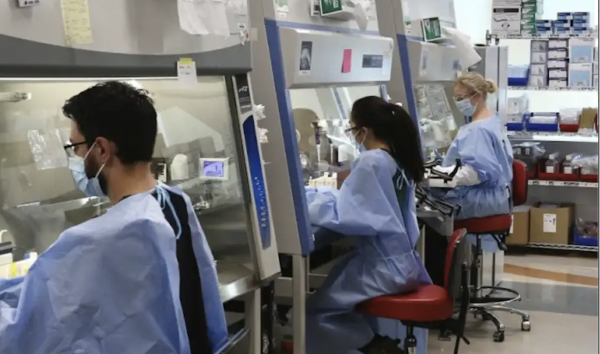 There are rumors now that suggest Verily to soon be leaving Alphabet and Google's shadow as it aims to be a company of its own and to debut health technology and advances in the medical field. The company is researching a lot about innovations and factors that can improve health in general, as well as helping people.

According to Mobi Health News, Verily has not provided official information yet, especially on its departure from Google, but it is said to be capable of standing on its two feet. This is something which the company aims to achieve. Verily's career track is impressive and notable, as it has a lot of health tech debuts that aim to help life in general.

The goal of Verily is to do more on its own, and despite being a subsidiary company of Google, it would focus on its specific and unique ventures that they could call their own.

It is important to note that these are all rumors and leaks from the company and are not yet a done deal between Verily, Google, and Alphabet.

Verily is a "life" company, and it uses data, research, science, and other factors to improve the health of people in general. Health care is massive, and it is an important factor now, especially as the pandemic has opened the eyes of the public in a lot of things, making them realize that health is as important as other things.

Humans need to take a step back in their daily routine, and health technology takes a step forward on the improvements and innovations on which it focuses on. All of the research, data and upcoming products are here to help and assist humans in any way possible and improve lives as we know it.

How Will the Independence Help Health Tech?

The independence of Verily would make it a company of their own, with expectations and focus is what they have set for themselves, and not a corporate decision. Being independent means that they would have control, having a grasp at a situation without the hassle of anyone disapproving it or scrapping the project.