Astronomy has always been one of the fields of science that has fascinated people, especially those who enjoy looking up at the night sky to gaze at the stars or to catch a meteor shower.

Learning about all the stars, constellations, planets, galaxies, and everything in between can be really fun and really enlightening at the same time.

For those who have an interest in stars and everything else that is related to astronomy, there are actually apps that you can download straight to your phone so that you can enjoy astronomy even more. There are even stargazing apps available for iOS and Android! 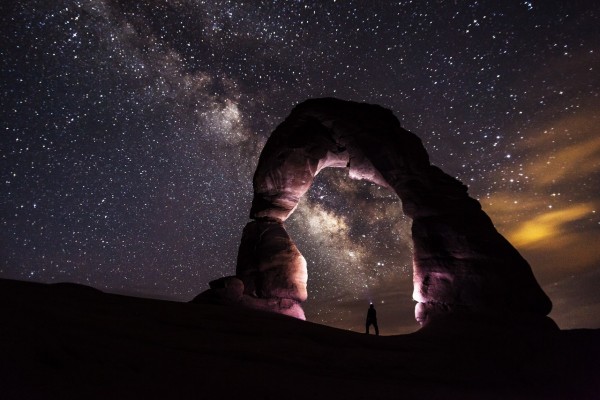 Here are some examples of astronomy apps you can download to your phone:

No list of astronomy apps will ever be complete without the official app of the National Aeronautics or Space Administration (NASA).

According to an article by Paste, the official NASA app houses thousands of images that can be viewed by users as well as videos, also in the thousands in numbers, that can be watched. Users can also get the latest news from NASA straight from the app.

The NASA app is available for both iOS and Android.

Google's Sky Map is another example of good astronomy apps to download for those who like to stare up at the night sky. According to the Google Support page for the app, it is a "celestial map that shows you objects like stars, constellations, galaxies, planets, or the Earth's moon."

You can enter a search term like "Orion" or "Crab Nebula" to search for it on the Sky Map. It also allows you to pan and zoom in or out while searching the night sky.

Sky Map is available for Android devices only.

SkyView Lite is an app that lets users raise their phone to the sky so that the app can spot stars, constellations, and even galaxies and the International Space Station (ISS).

Per an article by Science Focus, the app makes use of augmented reality (AR) technology that will show information about the stars, constellations, and the like that your camera spots.

Related Article: NASA: ISS Astronauts Use AR, VR in the Space Station; What Are These?

SkyView Lite is available for both iOS and Android devices.

Astronomy lovers tend to love gazing up at the sky and spotting the different constellations glittering the night sky. An app that can make stargazer a lot easier to do is Star Tracker.

According to an article by CNET, Star Tracker shows "88 constellations, over 8,000 and deep-sky objects, and the sun, moon and planets, all in real time."

It can be described as a mobile planetarium, per CNET, that makes also makes use of AR in its 3D compass.

Star Tracker is available for both iOS and Android devices.

NASA Lets You Hunt for Asteroids With New App

NASA: ISS Astronauts Use AR, VR in the Space Station; What Are These?

Augmented Reality vs. Virtual Reality: What are the differences and similarities?