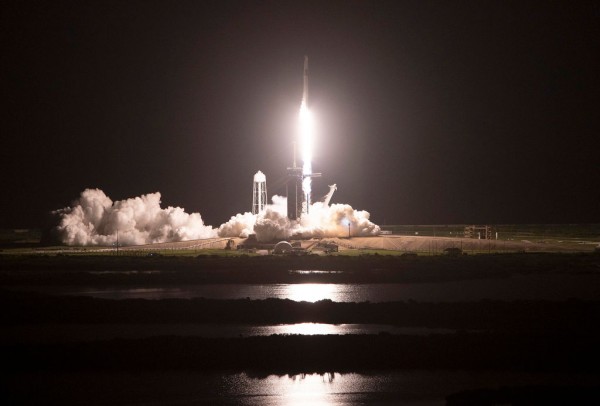 (Photo : by Joe Raedle/Getty Images)
CAPE CANAVERAL, FLORIDA - SEPTEMBER 15: The SpaceX Falcon 9 rocket with Crew Dragon capsule lifts off from launch Pad 39A at NASA’s Kennedy Space Center for the first completely private mission to fly into orbit on September 15, 2021 in Cape Canaveral, Florida. SpaceX is flying four private citizens into space on a three-day mission.

The multi-million dollar worth of rocket testing contracts will specifically help the prototype projects of next-generation rockets for commercial use.

Not to mention that the endeavor also deals with other additional improvements for the resiliency of the spacecraft, as per Yahoo News.

What's more, the projects that four space firms will be working on are under the Space Systems Command of SSC for the Fiscal Year 2021, which is part of the National Security Space Launch or SSL program in collaboration with the United States Department of Defense's Space Development Corps' Space Enterprise Consortium or the SpEC.

US Space Force and SpaceX Contract

According to Tesmanian, the US Space Force awarded the space exploration firm of Elon Musk, SpaceX, a whopping $14.47 million contract for the development of the Raptor engine of Starship.

The Space Force further announced that the contract between SpaceX will work on numerous rocket testing projects, namely the "Liquid Methane Specification Development and Testing," the Combustion Stability Analysis and Testing," and the "Raptor Rapid Throttling and Restart Testing."

SpaceX touts the Starship rocket to be the most powerful of its kind due to its Raptor engines, which could lift up heavy cargo that weighs up to 100 tons from Earth to orbit.

Meanwhile, the rival space firm of SpaceX, Blue Origin, also bagged a rocket testing contract from the US Space Force worth $24.35 million.

The space exploration company of billionaire and Amazon founder, Jeff Bezos, will work on the cryogenic fluid management of the second stage of the New Glenn rocket. 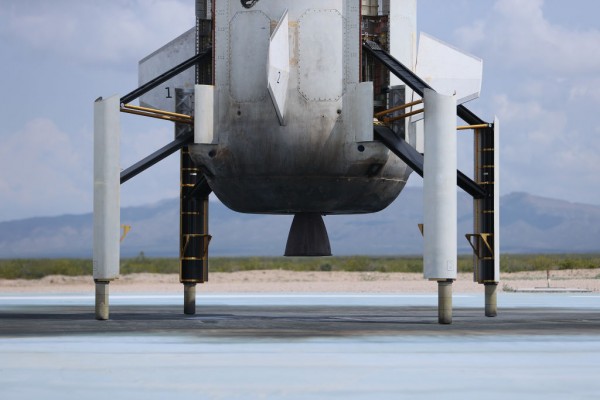 (Photo : by Joe Raedle/Getty Images)
VAN HORN, TEXAS - JULY 20: The booster for Blue Origin’s New Shepard sits on the landing pad after powering the rocket into space on July 20, 2021 in Van Horn, Texas. Jeff Bezos and the crew flew into space on the rocket to become the first human spaceflight for the company.

The website of Blue Origin noted that the New Glenn rocket is named after one of the pioneering astronauts, John Glenn.

The spacecraft is a single configuration vehicle that could lift people and cargo in heavy loads.

On top of that, the US Space Force also awarded two multi-million dollar contracts to Rocket Lab and United Launch Alliance or ULA for rocket testing ventures.

Rocket Lab won the $24.35 million contract for the development of the upper stage of the Neutron rocket.

The US Space Force also awarded the ULA the same amount as Rocket Lab.

However, the former will work on the upper stage of the Centaur, specifically on its uplink control and command. The project will be used for the Vulcan rocket of the ULA.