The Apple Watch Series 7 has been revealed for the public alongside the iPhone 13, and it is a notable accessory of the smartphone device from Cupertino. However, it does not stop as an accessory as it may help in a lot of detections like the ECG sensor, SpO2 or Blood Oxygen, fall detection, and more.

What do all of these have in common? They are all focused on health tech and something that can help in dealing with cases regarding a person's wellness. 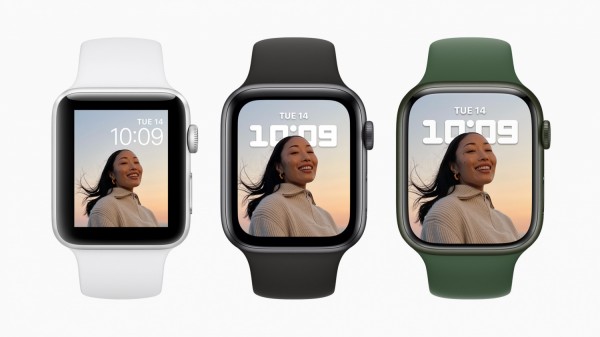 Last September 14, California Streaming has unveiled the Apple Watch Series 7, and it has given a version of the Watch series, a popular accessory to the iPhone, a new upgrade. However, if looking at the specs, users would not see much of a difference from the previous release, or the Series 6, which has come along with 2020's iPhone 12.

That being said, the Series 7 still has a lot of tricks up its sleeve, something which it brings to the table for users to enjoy and focus on as they are considering buying the wearable device from the Cupertino giant.

It is known that the screen of the Series 7 is brighter, something that would help a lot in navigating the watch itself, with longer battery life and better detection on some of its features.

The features of the Apple Watch Series 7 do not stop with technology and digital functions, as it is also known for its Health Tech features for the modern world.

One thing for the Series 7 is that it detects an activity immediately, and users need not toggle the Exercises feature always to start a workout. It would automatically detect the type of workout which a person does, from indoor exercise to outdoor running or cycling.

Of course, the better sensor for the ECG or heartbeat monitor is here, accompanied by the blood oxygen monitor or SpO2, fall detection, and fitness add-ons for the device.

Is it Worth Upgrading to Apple Watch Series 7?

It is known that the Apple Watch saves lives, and it does so with multiple cases of stroke, head injury, heart attacks, and more, as it gives an alert despite not being triggered. The emergency report of the watch can help in saving lives, as well as providing information about a person despite not being able to monitor their condition.

The Apple Watch Series 7 may have improved slightly on its features, and its latest release is only an incremental factor for its development, it is still a good device to own these days. However, it is worth noting that people can expect only a little change coming from Series 6 to Series 7.

From the CPU to features, there are only a few notable improvements, and those are not even major or significant ones.