The Nintendo Switch has made retro gaming possible by adding games from its previous consoles like the Nintendo 64 and Super Nintendo Entertainment System or SNES. That being said, it has given the hybrid console a new name, something which would help in giving more experiences to gamers without necessarily having new games.

The feature has been expanding its library for the future of the service, and this is something that Nintendo intends to give to its gamers, for different retro games from consoles like the SNES and NES.

That being said, Nintendo is also following up on new controllers for the Nintendo Switch that would focus on the N64 console's integration with the modern one. 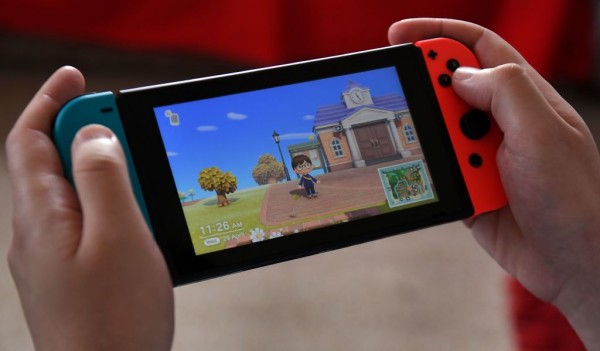 What's more important here is that it gives the new generation a chance to enjoy what defined gaming, bringing it to where it is now as an advanced and highly defined look.

Note that all of these games are available via the Nintendo Switch Online, something which can only be accessed via a subscription that has a monthly fee. It is important to note that players can access the free games after the subscription, having other freebies and exclusive perks from Nintendo.

In late October, Nintendo says a new expansion plan is coming, and it would focus more on the new games that the Japanese entertainment company would bring, featuring the N64.

'The Legend of Zelda: Ocarina of Time'

One of the best Zelda games during its time, Nintendo EAD's game was a massive success, featuring the latest development of games when it was first released. It brought a defining moment for the story of Zelda, as it hopped into a three-dimensional world back when games were being developed for the N64 console.

Going back to the game would make a person feel the nostalgic feeling without necessarily taking a deep dive into the lore of Zelda and the land of Hyrule.

Rare or Rareware has pushed "Banjo-Kazooie" with Nintendo as its publisher, bringing a new form of platformer that focuses on fantasy and adventure. The game has focused on a new venture, something which combines animation with an adventure fantasy genre, giving then gamers the chance to explore a new type of adventure in the console.

"Super Mario 64" is one of the most iconic games published by Nintendo for the N64, as it brings a new setup for the popular gaming franchise that aims to expand to the latest console, which is the Nintendo 64.

The platform game is a 3D adventure featuring the very best of the Mario series, giving people a new focus on the game.

Read Also: 5 Best-Selling Gaming Consoles In History, And Why They're Important To Gaming As A Whole

The shooter and adventure game "Star Fox 64" is one of the evergreen titles of Nintendo 64, something which players can enjoy even on the Nintendo Switch via the Online subscription platform.

It has brought a new form of gaming for the N64 that has been mostly focused on platform games or RPGs. What's great about this title is that it has great cinematics and graphics, something which gamers have enjoyed since its release.

One of the most iconic racing games in the N64 is the "Mario Kart 64," a game that was intended for the new console, bringing the thrill and adrenaline of racing through the world of Mario's location and besting the opponents with tricks, skills, and speed.