Is Apple really planning to enter the car making business? Well, with this recent acquisition by their long-time supplier, rumors are floating once again.

(Photo : Ceng Shou Yi/NurPhoto via Getty Images)
The logo of Foxconn, or Hon Hai Group , which is Taiwans technology giant and the worlds leading producer of semiconductors or chips particularly for Apples devices, is seen on top of the companys headquarters, amid COVID-19 outbreak , in Taipei, Taiwan, 15 July 2021. Foxconn has together with TSMC helped Taiwan to buy BioNTech vaccines.

That long-time supplier is Foxconn, who serves as Apple's largest iPhone manufacturer.

Recently, the company closed the deal to acquire a car factory in Ohio, which was a former General Motors factory, reported MacRumors.

Foxconn managed to buy the factory for a cool $230 million from Lordstown Motors, who hasn't had a lot of luck as of late. The price is part of a $280 million in total, which includes an agreement that the Apple supplier will be buying $50 million of Lordstown Motors common stock, as well as build the latter's new Endurance pickup style EV.

As such, a source familiar to Foxconn's future plans for its automaking business has stated that mass production of the Lordstown Endurance pickup truck will start in April of next year, according to Bloomberg.

This recent acquisition by Foxconn is well in-line with their vehicle-related investments for the past two years.

However, the company still hasn't released any car yet, but there's a good chance that once things start to heat up, they're going to have something good to court Apple into potentially entering the automaking industry.

But buying the car factory doesn't necessarily mean that Apple is closer than ever to releasing a theoretical Apple Car. However, since the factory is already established in its own right, it means Foxconn won't have to build up their capacity from the ground up.

Back in May, the Taiwanese chip maker signed with Fisker Inc in order to co-design and manufacture an electric vehicle, with Foxconn doing the semiconductor work and Fisker to focus entirely on designing the EV.

As good as the Foxconn deal might sound, it might not even be directly related with Apple's plans to build their own car.

In fact, a report back in early September rumored that Apple wants to go independent when making a car; choosing the parts and suppliers on their own.

The tech giant used to talk with a lot of big automakers such as Honda, Toyota, and Nissan, but deals never fell through due to delays. 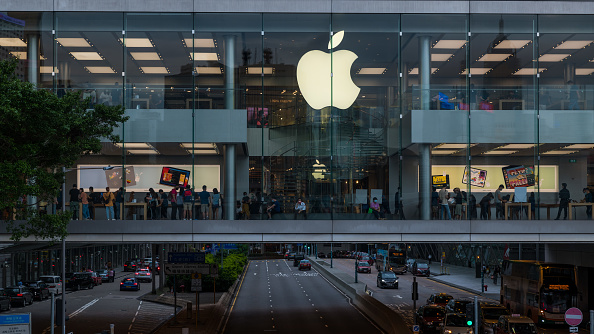 Furthermore, there were even rumors that large-scale automakers are a bit reluctant to work with Apple themselves, with Kia and Hyundai rejecting the company's proposals.

Apple has already had a department working on the design and development of a proposed EV way back in 2014.

A few development issues, however, essentially forced Apple to close down this department two years later. But this was the hardware side--apparently, the software research team, whose focus is the development of self-driving tech, continued to operate.

For now, one confirmed detail about the Apple Car is that the company wants to ensure that its battery is produced only in the United States.

Other parts for the car could also be affected by this.

Foxconn Signs with Fisker for EV Manufacturing—Taiwanese Chip Maker Not to Make the Apple Car Anymore?