An Exoplanet Orbiting 3 Stars Has Been Discovered--But How Did They Actually Find It?

Exoplanet researchers just found something that might be the first of its kind ever: a planet orbiting three stars. 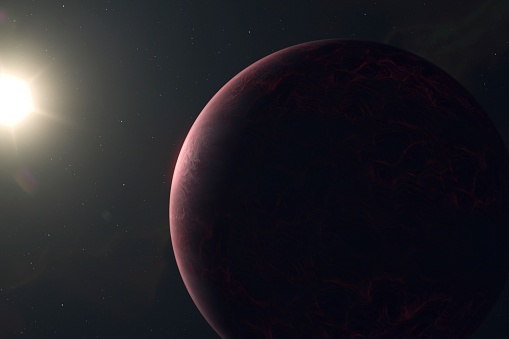 These exoplanet researchers from the University of Nevada-Las Vegas identified the new exoplanet using data from the Atacama Large Millimeter/submillimeter Array telescope (ALMA), according to Phys.org.

They published their findings in the Monthly Notices of the Royal Astronomical Society for the month of September.

Also known as a circumtriple orbit, this unique exoplanet with basically three suns was identified after the researchers observed dust rings around these three stars.

In astronomy, dust rings are critical to the formation of planets.

During their observation, the UNLV researchers noticed that there's a massive gap in the circumtriple disc of the stars.

Originally, they hypothesized that the gap was a product of gravitational torque from the suns.

But further analysis seemed to indicate that the GW Ori system, which is believed to be one of roughly half of all known star systems to have two or more stars, is harboring one or more massive gas giant planets.

That's because gas giants, such as Jupiter, are often the first ones to ever form in a particular star system, states study lead author astronomy Ph.D. graduate Jeremy Smallwood.

The ALMA telescope, which the UNLV researchers used to identify the unique exoplanet, is one of the most widely used pieces of tech to peer into the furthest reaches of the cosmos.

Exoplanet Hunting: Not As 'Direct' As You Might Think

The discovery of this exoplanet orbiting three stars is really big news, considering that the hunt for exoplanets as a whole is not as direct as some might think.

By "direct," we mean that scientists can't even see these planets at all.

Instruments like the ALMA telescope, despite how advanced their technologies might be, still aren't powerful enough to actually have visual confirmation of an exoplanet that's light years away.

For example, the GW Ori triple star system is 1,300 light years away from Earth, as per LiveScience. 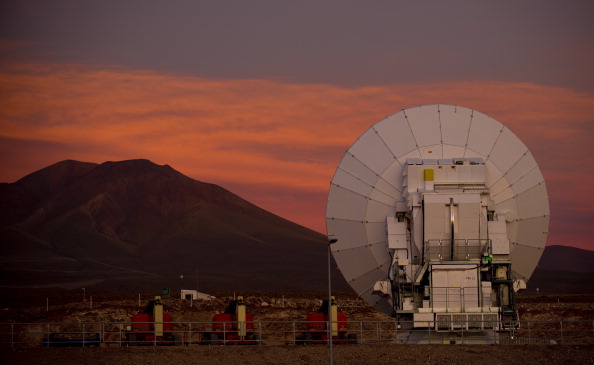 (Photo : MARTIN BERNETTI/AFP via Getty Images)
Radio telescope antennas of the ALMA ( Atacama Large Millimeter/submillimeter Array) project are seen in the Chajnantor plateau, Atacama desert, some 1500 km north of Santiago, on March 12,2013. The ALMA, an international partnership project between Europe, North America and East Asia, with the cooperation of Chile, is presently the largest astronomical project in the world. On March 13, 66 high precision antennas will be opened, located at an altitude of 5000 meters above sea level in the extremely arid Atacama desert.

So how do they know that an exoplanet exists when we can't even see it?

To compromise, scientists on Earth often rely on the so-called "Transit Method."

According to NASA, this method involves looking closely at the amount of light a specific star emits. This light will dim ever so slightly if something as big as an exoplanet passes in front of it.

Will We Ever Actually See These Distant Planets?

There's no telling whether technology will be able to build telescopes powerful enough to directly see a planet several light years away. But right now, a few instruments do have the capability to get direct images.

The only problem is that directly imaging a planet is so rare, because an exoplanet (or multiple planets) must fulfill a very specific set of criteria, according to The Smithsonian.

For one, they have to be at the right distance. Too close and its light will be indistinguishable from its star, and too far means it won't reflect enough of its parent star's light.

Either way, exoplanet discoveries will continue.