Unclaimed Amazon, USPS Packages Could be Purchased! Checking Auction Websites, Where To Buy, and Other Details

Unclaimed Amazon and USPS (United States Postal Service) packages are being sold, which many users don't know about. Since some consumers already tried to purchase them, these giant e-commerce companies and postal services offer them lower prices than their original cost. 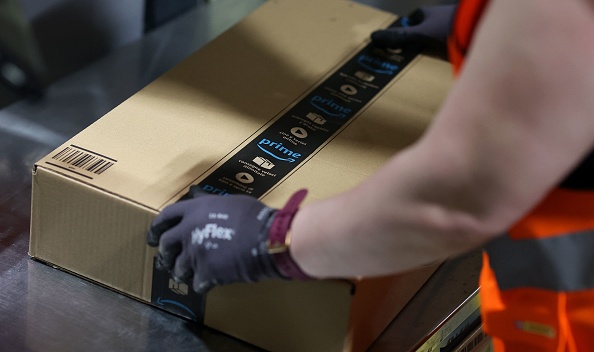 (Photo : Photo by Sean Gallup/Getty Images)
A worker pushes a cart among shelves lined with goods at an Amazon warehouse on September 4, 2014 in Brieselang, Germany. Germany is online retailer Amazon's second largest market after the USA. Amazon is currently in a standoff with several book publishers over sales conditions and prices for e-books, and hundreds of authors in the US and Europe have written letters in support of the publishers.

Related Article: Rare Used Xbox Series X Sold on Amazon at a Very High Price-Costing More Than $900! Is This an Error or a Real Offer?

Before a packaged is considered unclaimed, the buyer must be ignoring it for months or depending on the ruling of Amazon or USPS. Once the agency discovers that the consumer is not accepting their packages, Amazon and USPS have the right to auction them.

Now, the price would depend on the amount of money offered by the interested buyer. This means that it could still reach the original price or even higher. But, if an unclaimed item becomes pricier, that means that it is rare. If you are one of the interested consumers, here are some details you need to know.

According to CNET's latest report, USPS is currently reselling or auctioning unclaimed packages via GovDeals if the original consumer were not able to accept the item within 90 days. 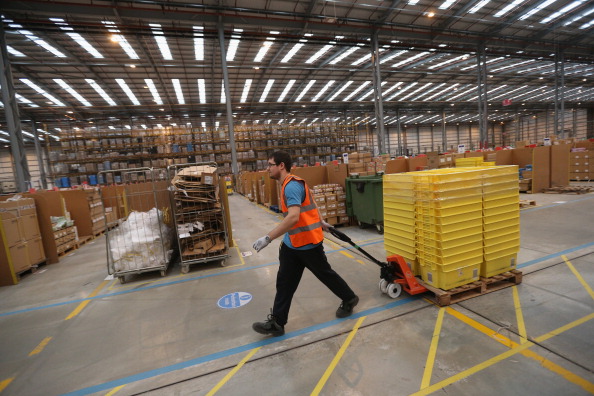 (Photo : Photo by Oli Scarff/Getty Images)
PETERBOROUGH, ENGLAND - NOVEMBER 28: Employees select and dispatch items in the huge Amazon 'fulfilment centre' warehouse on November 28, 2013 in Peterborough, England. The online retailer is preparing for 'Cyber Monday', as it predicts the busiest day for online shopping in the UK will fall on Monday December 2nd this year. On Cyber Monday in 2012 amazon.co.uk recorded over 3.5 million individual items ordered, which equates to 41 items purchased per second.

Also Read: Amazon is Getting Sued by Chinese Companies Over Bans on 'Paid Reviews' Claiming The Ecommerce Giant is Withholding Their Earnings

Once you visit the website, you can scroll through the offered products, such as gadgets, sporting equipment, and beauty supplies. On the other hand, the unclaimed items from Amazon, Walmart, Target, Home Depot, and Lowes are auctioned on the Liquidation web page.

However, some of the items being offered there only have photos of their boxes. This is why you need to be careful when purchasing these unclaimed goods since some of them could already be damaged.

When it comes to the security of the unclaimed Amazon and USPS packages, various experts warned interested buyers about the rising scams within this ecosystem. Remember, when you are purchasing an unclaimed item, you run the risk of buying something damaged or unimportant to you.

There are even some cases where consumers are only given empty boxes, which could really be disappointing.

Yahoo News recently reported that some TikTokers were able to purchase various unclaimed items from Amazon for only $1. However, they can't choose the product they will purchase since these deals are actually mystery boxes.

The viral video posted by the TikTok influencer named Stephanie Grime (caloriequeen14) has now generated more than 8 million views. You can check the video below about her popular mini-series vlog.

@caloriequeen14 Does anyone know how this is even a thing? Mystery box unopening. Opening lost mail packages. Part 1.  ♬ Creative - SmiLE