Tesla has also experienced the chip shortage issue but was not a problem for the clean energy company as the engineering team has found a way around it, which focused on its manufacturing.

Elon Musk has yet again commended the engineering team of the company, which has done a tremendous job of delivering units, this third quarter.

From the effortless purchase of an EV online, down to the arrival of the FSD beta for the public users and having a safety score for their use, Tesla's great performance comes to bring success for the company. That being said, Tesla's performance has not faltered for this year.

And this is not yet having a full blast on Gigafactories for now. 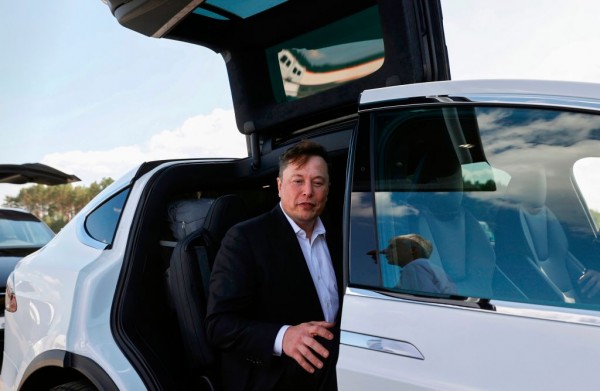 (Photo : by ODD ANDERSEN/AFP via Getty Images)
Tesla CEO Elon Musk gets back into his Tesla after talking to media before visiting the construction site of the future US electric car giant Tesla, on September 03, 2020 in Gruenheide near Berlin. - Tesla builds a compound at the site in Gruenheide in Brandenburg for its first European "Gigafactory" near Berlin. (Photo by Odd ANDERSEN / AFP)

Tesla is yet again noticed by its CEO, and it was commended by Elon Musk for a job well done this Q3 2021, especially as it did not falter despite the rising problems with regards to manufacturing. It was known that the third quarter's chip shortage problem was widespread and has affected the production of rivals, including that of General Motors.

Musk took his congratulatory commendation to the Tesla engineering team on Twitter, where here, the CEO said that they had done a great job for the third quarter of the year. Musk also mentioned that the past Q3 was an "extremely" difficult situation for them, especially as the chip shortage was a real problem that needed addressing.

That being said, the engineering team were not the only people that Musk commended, but also its supply chain, production, and its key suppliers with regards to this matter.

Tesla Chip Shortage: Not a Problem

According to Morgan Stanley's investor notes (as analyzed by Adam Jonas), the clean energy company had no problems concerning chip shortages because it sourced it in-house. That being said, Tesla has focused on its microcontrollers which it can produce, something that they have assembled and combined for its vehicles.

With these, the company need not source the chips from an external source, and this was something that the vehicle manufacturer has focused on for a long time now.

The self-sufficiency of Tesla has given them a chance to prevail during these hard times, especially as it is the time of the global pandemic, as well as chip shortage issues. This is an important factor now because certain companies cannot provide for themselves, and even manufacturers are facing hardships now.

With Tesla's take on certain business practices, it would be benefiting from the experience, and it would enjoy having continuous production, which means it would be able to push its products into the market.