The Facebook outage that recently happened did not only affect social media users. The company's CEO, Mark Zuckerberg, has reportedly suffered from a massive drop in his net worth as well.

According to recent reports, the tech boss saw over $6 billion loss after the social media blackout that occurred for several hours. 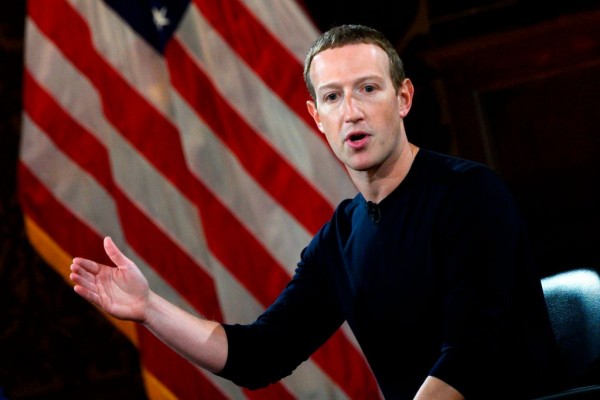 According to a report by Bloomberg, The social media giant suffered from a nearly 5% drop in stocks on Monday, Oct.4. Before this decline happened, there was another 15% plunge that was recorded in mid-September.

After the massive Facebook outage, the net worth of one of the earth's billionaires has hit $121.6 billion. There was a staggering loss of more than $6 billion in his worth.

The latest Bloomberg Billionaires Index noted that Zuckerberg has stumbled to 5th place in the list. He is now behind Microsoft founder Bill Gates who has a current net worth of $124 billion.

Facebook is not the only platform that was hit by the recent social media blackout. Other apps owned by the company, such as Instagram and WhatsApp, were also affected by the outage.

From a story written by 9to5Mac, the social media users began to feel that there's something wrong on the social media plaforms at around 8:40 AM PT. At the time, other users noticed that it was not the internet that was causing a problem on the app, but the downtime instead.

Many users ended up using other available social media networks such as Twitter to voice out the problem. The outage has reportedly persisted for over six hours.

As of the moment, the problems behind the Facebook outage were not still determined, but it was most likely a case of a DNS issue. It has impacted social media's domains.

What's worse with the downtime is the inclusion of the internal network in the outage. This made the outage longer than usual.

9to5Mac also reported that the system for Facebook, Instagram, and WhatsApp has been restored by 6 PM ET.

Last September, we reported that there are certain groups of people who want to boycott the world's largest social media app. The action is expected to be staged next month.

The social advocates encouraged all the Facebook users to join the movement of logging out their accounts on the app. The participants will start the trend on Nov. 10.

In line with the boycott, another research proved Facebook-owned Instagram was toxic to teenage girls. After the company heard this, the VP for global affairs dismissed the allegations.

The study noted that many users are still unprotected from harassment on social media. While Instagram aims to showcase many meaningful events in the lives of the people, the recent findings revealed that it was not suitable for younger users.