Nikon Z9's official YouTube teaser showed how its new and rare LCD feature works. The giant DLSR maker claimed that this advanced camera component is quite different from the displays offered by other DSLR models and mirrorless cameras.

In the comment section, many fans shared their excitement about the new vertical tilt function of the upcoming Nikon Z9's LCD. On the other hand, one of the commentators even said in an exaggerated manner that the new screen of Nikon's next-gen DLSR could rule the photography and videography world.

Meanwhile, one of the Nikon fans added that this is a great innovation since he has been waiting for the portrait tilt screen to arrive for more than three years.

According to PetaPixel's latest report, the new Nikon Z9 would sport a very unusual LCD feature. This new advanced display can tilt up and down, which is what usually DLSR and mirrorless cams do. 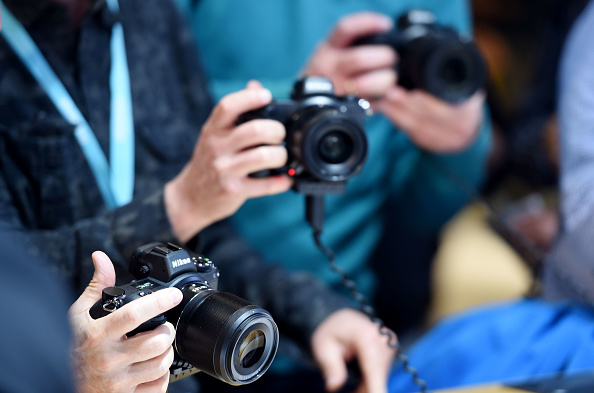 (Photo : Photo credit should read PATRIK STOLLARZ/AFP via Getty Images)
Visitors get to grip with a Nikon camera at the Nikon stand at the Photokina trade fair in Cologne, western Germany on September 27, 2018. - The fair for the photographic and imaging sector, that is running from September 26 to 29, 2018 presents products from image capture, image processing and storage to image output. Photokina also includes a program of events with congresses, workshops, symposiums and photography exhibitions.

However, based on the latest YT video of the giant camera creator, the new LCD of Z9 would also be able to tilt inwards when you are shooting on vertical or portrait mode. This capability is a big deal for many professional videographers and photogs since other DSLRs and mirrorless cams do not offer it.

But, there are also other DLSR models not manufactured by Nikon that offer similar LCD. This includes the high-end Penta K1, which has an unusual claw-like attachment from its screen to the camera.

This allows it to tilt horizontally and vertically, just like the new LCD feature of the Nikon Z9. Aside from Z9, Nikon is also working on more advanced detachable lenses for its DLSRs. On the other hand, various rumors recently claimed that the giant camera developer is also working on a new Nikon sensor, which can achieve around 17.84 million pixel resolution.

As of the moment, Nikon hasn't confirmed the exact release date of its new Z9 DLSR model. However, Tech Radar reported that it could arrive this fall.

This means that the company could either unveil the new product this coming November. But, this would still depend on the final decision of Nikon.

For more news updates about Nikon and its upcoming products, always keep your tabs open here at TechTimes.