WhatsApp will have a new voice message feature for iOS users who want to try changes in audio recording.

According to a prominent source, the fresh interface will allow them to pause a recording and continue it without any interruptions. 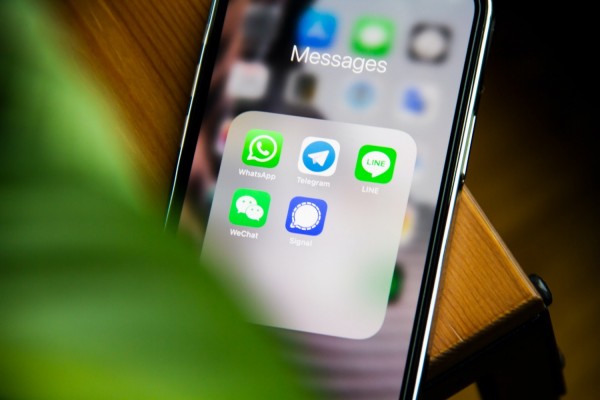 Livemint reported on Sunday, Oct.10, that WhatsApp will soon have a feature that will simplify audio recording in the platform.

According to WaBetaInfo, the upcoming iOS update will present a new way to pause a recording without having the need to record a new one.

At the moment, the Facebook-owned app is developing this udpate. Even so, the beta testers are still not allowed to access it.

From the clip uploaded by WaBetaInfo, the WhatsApp audio interface will allow users to control the length of a recording. Moreover, they can also listen to the audio before hitting the "send" button.

WhatsApp has not yet announced the exact schedule of the launch of this voice message feature for the beta testers. However, it is a huge step to voice recording since previously, a user could only do such in a single attempt.

According to another report by 9to5Mac, WhatsApp is finding some improvements for its voice message player. This is convenient for those who want to have a conversation with their long-distance friends. This feature allows users to listen to a long recording while replying to another recipient.

Again, WaBetaInfo noted that this feature is still not available for public and beta access. The platform is also testing the Disappearing Messages feature, which creates choices for users to remove the message after 24-hour, 7-day, or 90-day duration.

Earlier in September, WhatsApp's independent portal said that the platform is finding ways to launch the upcoming "reactions" feature to the users. Just like Instagram, the app shares a similar approach.

At the time of publication, the feature is still under progress and no public beta testers have accessed it yet. Through this improvement, users can also know who reacts to their chat.

In the same month, WaBetaInfo also reported that the application will have a cashback feature for those who regularly purchase products through in-app transactions. However, it would be only available to Indian markets at that time.

Along with the cashback, the platform also added three extra features including the "last seen," group icon editing tool, and selective message reporting. Users could now alter the color and the appearance of the background. Most likely, WhatsApp could also allow the addition of emojis in the group icon editor.

Meanwhile, the "last seen" update will inform a user with the "last seen" status of a particular person. It is anticipated that these features will be open to iOS and Android platforms.

Related Article: Someone Blocked You in WhatsApp? Here Are the Signs That You Should Check to Confirm it