TikTok's "Dry Scooping" trend turns out to be a really dangerous act, which further triggers alarming health risks, according to a recent study. 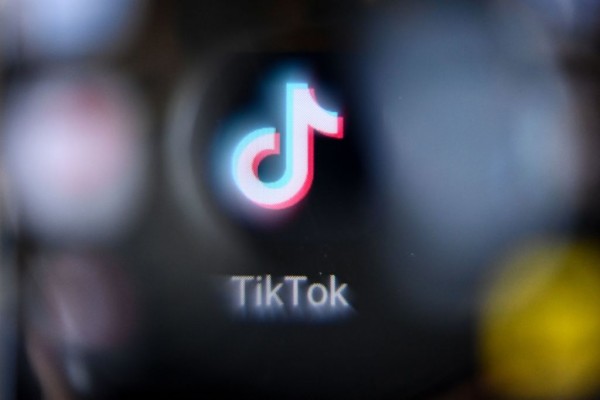 (Photo : by KIRILL KUDRYAVTSEV/AFP via Getty Images)
This picture taken in Moscow on October 12, 2021 shows the Chinese social networking service TikTok's logo on a smartphone screen.

The researchers further concluded that the TikTok challenge could end up killing folks trying it out.

The "Dry Scooping Challenge" first took the world by storm way back in June, filling the video-sharing platform with videos showing users consuming raw pre-workout powder without mixing water with it.

Instead, the TikTok fad only required a sip of water to push down the workout powder to the person's throat as if ingesting a pill.

The China-based app, TikTok, which already garnered a cool 1 billion downloads, is home to most of the trending and controversial video challenges, such as the Strangulation Challenge and the Milk Crate Challenge--to name a few.

When the Dry Scooping fad first filled TikTok, some medical experts had already raised their concern regarding the health risk it posed. What's more, even physical trainers were worried about the unconventional ingestion of the pre-workout powder.

Fitness trainers went on to warn that the workout supplement is supposed to be diluted with a minimum of 200ml of water.

Meanwhile, according to The Independent, health experts explained that the said pre-workout powder includes ingredients meant to enhance the performance of a person, namely vitamin B, amino acids, caffeine, beta-alanine, and creatine.

That said, the performance-boosting components of the powder, when consumed at a high level, could trigger the heart rate of the person. Thus, health risks like a heart attack could lead to death.

Read Also: TikTok Owner ByteDance is Limiting Screen Time For Douyin Users Under 14; Restriction Unavailable in the US at the Moment

However, if the initial warning of the health experts and the recommendation of some physical trainers still does not add credibility, a study specifically went on to study its dangers.

According to DailyWire, the study regarding the Dry Scooping Challenge was authored by a Princeton University student, Nelson Chow, who is also currently an intern at the Cohen Children's Medical Center.

The abstract author further wrote that the numerous trends online that could end up endangering the lives of users are "difficult for physicians to identify."

That said, Chow decided to specifically study one of the hottest fads on TikTok, noting that it "can yield valuable results."

The study looked into a hundred TikTok content carrying the #preworkout on its caption. It also considered multiple factors in the video like the number of likes, servings, and the pre-workout supplement ingestion method.

In the set of samples that the study included, only 8% of them showed TikTok users properly ingesting the pre-workout powder, including energy drinks and protein powder.

The study further found out that the participants of the challenge "were at extremely high risk of overconsumption or accidental inhalation of pre-workout powder."