"Genshin Impact," miHoYo's top-grossing game of all time, has finally added special support for 120 FPS mode to select iOS devices. Those who have iPad Pro and iPhone 13 Pro could use this feature at full potential thanks to the ProMotion display. 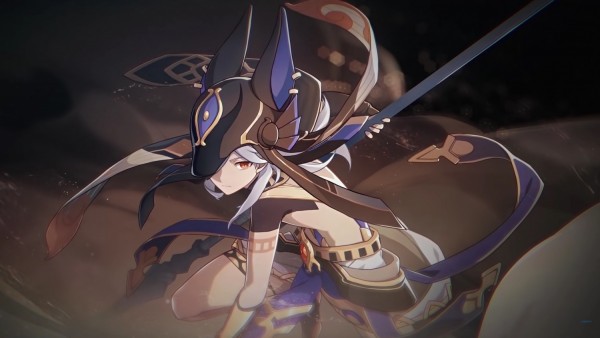 (Photo : miHoYo)
"Genshin Impact" players on iPhone 13 Pro and iPad Pro could finally experience playing it in 120 FPS. Read more about the latest 2.2 patch of the game.

According to a report by GSM Arena on Thursday, Oct.14, the latest "Genshin Impact" update introduced not only a new character and events but also an interesting feature for limited Apple devices.

The tech site noted that the open-world game has a new function called 120 FPS mode. This feature complements the quick refresh rate of the next-gen devices which use ProMotion Display.

At the moment, only two devices could benefit from it: iPhone 13 Pro and iPad Pro. "Genshin Impact" decided to adopt the feature to take full advantage of the said display technology.

The cross-platform capability of "Genshin Impact" also allows users to play on Android, PC, and PlayStation. However, the users of the mentioned devices could only achieve up to 60 fps. The frame rate on PlayStation 4 is even lower at 30 fps when playing this role-playing game.

It's not yet clear why miHoYo decided to bring the 120 FPS option to mobile devices when it could introduce it first to PC and other gaming consoles. Somehow, the future update could implement the feature in the coming patches.

During the WWDC 2021's Apple Design Awards, "Genshin Impact" was hailed as the best game in the "Visuals & Graphics in Games" category, 9to5Mac reported.

According to the Cupertino giant, the game's breathtaking landscapes and impressive battle scenes are what put it to be one of the leaders in mobile gaming visuals.

"Genshin Impact" is a melting pot of various characters with special powers and abilities. Over the previous updates, several champions have surprised the fans because of their uniqueness and design.

So far, fans all over social media are hyped about miHoYo's announcement. Some described Arataki Itto as a badass hero who resembles a gang leader. At the time of the revelation, there were more than 100.000 tweets about the upcoming "Genshin Impact '' character.

On the other hand, Gorou will be a bow user, according to the reports. Like Itto, he is expected to be a Geo specialist. This character has a close connection with Kaedehara Kazuha.

Read Also: 'Genshin Impact' 1.5: What to Know About Azhdaha's Teaser Trailer and How to Get Zhongli--Themed Wallpaper

Earlier this month, the "Genshin Impact" community celebrated the birthday of Xingqiu on Oct.9. Fans commemorated the special day of the Hydro character by greeting him in his chibi version.

Another Xingqiu user posted on Twitter that he joined the #HappyBirthdayXingqiu trend by upgrading his weapon to level 90. Even though he spent money on the character, he was happy because he believed the character deserved it.

On the same day of Xingqiu's birthday, two new strong weapons arrived in the 2.2 patch, including the five-star bow Polar Star and the four-star claymore Akuoumaru.