Rental firm Hertz is expanding its EV service once again for the drivers, but this time with Uber. According to the latest report, the latter announced the deal for the access of 50,000 Tesla electric vehicles. 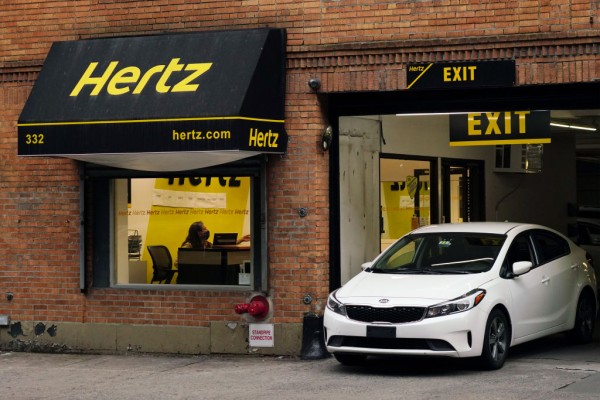 (Photo : Cindy Ord/Getty Images)
NEW YORK, NEW YORK - MAY 23: An exterior view of Hertz Car Rental during the coronavirus pandemic on May 23, 2020 in New York City. COVID-19 has spread to most countries around the world, claiming over 343,000 lives with over 5.4 million infections reported.

According to an early report by Bloomberg this week, Hertz has already confirmed that it would request an order for 100,000 Model 3 vehicles from the automaker. However, there's a lot to learn about this announcement.

In connection to this action, the "Your Tesla is arriving now" the blog post stated that Hertz would push the availability of 50,000 Tesla vehicles for Uber drivers.

"Today, it goes electric: Hertz will make up to 50,000 fully electric Teslas available for drivers to rent by 2023, exclusively for drivers using the Uber network in the US," the blog reads.

Furthermore, it is indicated in the post that the move would become the largest expansion service for EVs that would happen across North America.

Aside from the local distribution of the vehicles, Hertz also aims to bring the service on a large scale as part of the carbon-neutral goal of Uber.

The partnership spearheaded by Hertz is expected to deliver more Tesla cars for Uber drivers. Starting Nov.1, the nationwide expansion would roll out in select states such as San Diego, Washington DC, Los Angeles, and San Francisco.

Electrek reported on Wednesday, Oct. 27 that Uber has collaborated with Wallbox to do quick work with charging station installation. The deal would also cover the company's goal to support the adoption of the all-electric vehicle fleet.

For renting the Tesla Model 3, Uber drivers will be required to pay $334 per week. The purchase would include maintenance and insurance, as well. According to the company, the program expansion could likely decrease its price to $299.

According to Electrek, it's interesting to know the number of Uber drivers who would accept the offer for electric vehicles. Before, the firm has launched some programs about EV adoption.

Knowing its plan about electric vehicles, the company has successfully developed a good solution to complement Tesla's creation.

A few years ago, Apple rented some SUVs from Hertz to test its self-driving car technology for its vehicles. The negotiation has contributed to the increase in the shares of the rental firm in just two years.

Tech Times reported earlier this week that the car manufacturer had surpassed $1 trillion in total market value. The achievement has put Tesla in the fifth spot among American companies that have done the same feat.

At that time, the shares of the EV maker had skyrocketed to 16.2% after it closed a deal with Hertz.