SpaceX and the National Aeronautics and Space Administration (NASA) have decided to delay the launch of the Crew-3 mission from October 31 to November 3.

The decision was made due to the weather conditions on October 31. NASA made the announcement in a blog post published on its website. The launch time is at 1:10 a.m. EDT. The Falcon 9 rocket will still launch the mission from the Kennedy Space Center in Florida.

NASA's announcement also mentions the Crew-2 astronauts, who are aiming to return to Earth sometime in early November. The Crew-2 mission was launched to the International Space Station last April.

SpaceX and NASA have decided to delay the launch of the Crew-3 mission, which was set to depart Earth on October 31 to head to the International Space Station (ISS). The new launch date has now been set to November 3 at 1:10 a.m. EDT.

The delay is "due to a large storm system meandering across the Ohio Valley and through northeastern United States this weekend, elevating winds and waves in the Atlantic Ocean along the Crew Dragon flight path for the Oct. 31 launch attempt," according to the announcement posted on the NASA website. 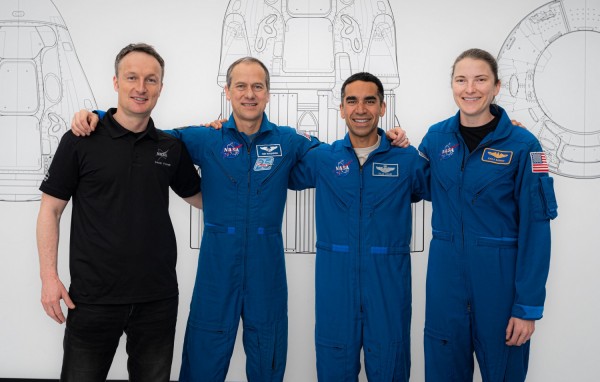 The Crew-3 mission that will now launch on November 3 aims to take four astronauts to the ISS. These astronauts will be staying there for a total of six months.

Three of the astronauts, Raja Chari, Tom Marshburn, and Kayla Barron, are all NASA astronauts while the fourth astronaut, Matthias Maurer, is from the European Space Agency (ESA). Chari is the mission commander while Marshburn is the pilot. Both Barron and Maurer are the mission specialists for the Crew-3.

The four astronauts will board one of SpaceX's Crew Dragon capsules, which they have named Endurance. The space company's Falcon rocket will launch the capsule to space. It has recently been reported that SpaceX has been able to fix the Crew Dragon's toilet problem that causes urine leaks.

NASA's announcement also included an update on the four Crew-2 mission astronauts currently in the ISS.

Per the announcement, the four astronauts who are part of the Crew-2 mission are targeting to return to Earth sometime in the early part of November. The Crew-2 mission was launched in April of this year.