Apple iMac and MacBook users, don't update to MacOS Monterey yet if you haven't done so, and if your device has an Intel CPU in it.

(Photo : Alexander Pohl/NurPhoto via Getty Images)
The Apple Store in Turin is placed in Via Roma in the center of the city. Apple produces the iPhone, the iPad, the iPod, iOS, Mac, MacOS, iTunes, Apple Watch, Apple TV, etc.

Various reports suggest that upgrading to Monterey (aka MacOS 12) is bricking computers that feature Intel CPUs, writes TechRadar. These users have been allegedly flooding Apple Support communities with complaints of bricked computers.

One user said that after updating their 2018 MacBook to Monterey, things went fine until it suffered from a black screen and suddenly refused to boot.

So far, it seems like the problem is only relegated to older devices which still feature Intel chips, and not the newest ones that have the new Apple CPUs in them.

However, users are already reporting problems with the OS update mere days after its initial launch. TechRadar reports that iMacs and MacBooks purchased as recently as last year are apparently getting bricked mid-update, where they shut down and never turn back on.

To help with the problem, Apple has offered a temporary solution to users: restore the device's firmware. But in doing so, people are risking the loss of their important data unless they have their files backed up.

For now, updating to Monterey is only suggested if you have an iMac or MacBook featuring the latest Apple M1 chip. But this isn't even a guarantee. As of this writing, this is mere speculation considering the lack of user reports on the forums that involve devices with the new M1 silicon.

Read also: Apple Users Can No Longer Downgrade To iOS 14.8--Is iOS 15 Good Enough To Keep?

What Is Causing This Issue to Older Apple Computers?

Even Apple doesn't have an idea of what is causing the problem in the first place. Furthermore, it's not just full-scale iMacs and MacBooks that are affected. Tom's Hardware reports that the bricking issue is also apparently present in iMac Minis.

The company still hasn't issued an official statement on the problem. As of late, Apple is still testing out MacOS 12.1, with the build specifically in the beta phase. The current version of Monterey sits at 12.01, with some users hoping that the next version will fix the problem. 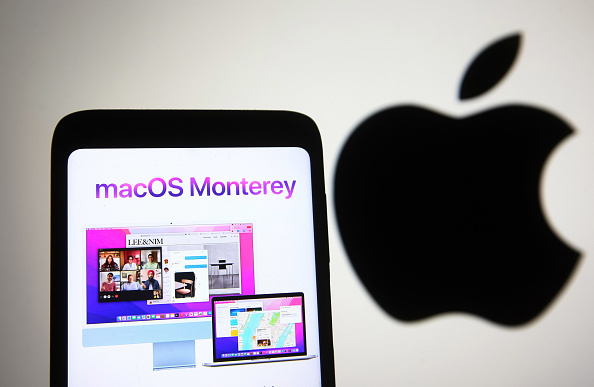 (Photo : Pavlo Gonchar/SOPA Images/LightRocket via Getty Images)
UKRAINE - 2021/06/07: In this photo illustration the macOS Monterey logo on an Apple website seen displayed on a smartphone screen with an Apple logo in the background. Apple has started its Worldwide Developers Conference (WWDC), an information technology conference, where it presented the iOS 15, iPadOS 15, macOS 12 and watchOS 8. WWDC 2021 is being held from June 7 to June 11, 2021 as an online-only conference, due to the COVID-19 pandemic.

How To Restore a Bricked Apple Computer

Apple's temporary solution for affected iMac and MacBook owners is not as appealing for most people, mainly because it involves wiping their machines clean.

But there is a way to restore a bricked computer from a failed Monterey update without losing files. However, there's a catch: according to MacWorld, you're going to need another Mac computer.

Furthermore, this fix only works if your device meets these certain standards: It has to be an Intel Mac with the T2 chip; aka all Intel models shipped starting 2018. It also works on the 2017 iMac Pro, and all three Macs with the new M1 chips which were launched last year, as per the original MacWorld report.

To restore, launch recoveryOS by turning on/restarting a device. Do this by holding down Command-R. For an M1 Mac, you'll need to turn it off completely, then hold down the power button for 10 seconds until you see the Options gear.

You can also check this YouTube guide for a more detailed step-by-step operation:

Apple Users Can No Longer Downgrade To iOS 14.8--Is iOS 15 Good Enough To Keep?