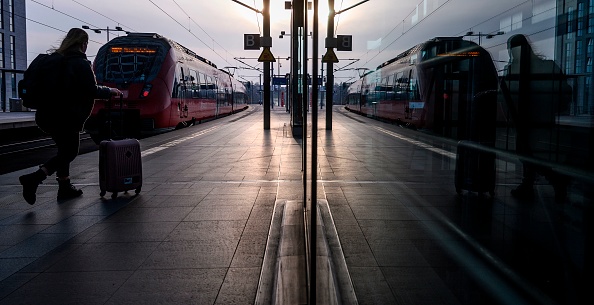 (Photo : Photo credit should read JOHN MACDOUGALL/AFP via Getty Images)
A passenger walks on the platform as a regional train of the Deutsche Bahn (DB)pulls out of Berlin's main railway station (Hauptbahnhof) on February 28, 2019. (Photo by John MACDOUGALL / AFP)

Now, CN (Canadian National Railway Company) said that it purchased Wabtec's electric freight locomotive, which would be the first to join the agency's 19,500-mile rail network.

CN said that this sale is a part of its new sustainability strategy to lessen freight transportation emissions. On the other hand, the Pennsylvania Department of Environmental Protection (DEP) added that it would provide a grant to help Canada's national railway company.

According to Electrek's latest report, CN is currently the most fuel-efficient railway company across North America. The Canadian National Railway Company uses around 15% locomotive fuel per gross ton-mile, which is lower compared to those private companies in the railway industry. 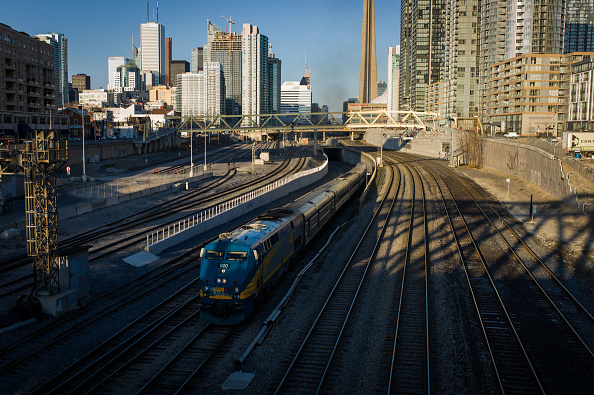 (Photo : Photo by Ian Willms/Getty Images)
A VIA Rail train leaves Union Station, the heart of VIA Rail travel, bound for Windsor on April 22, 2013 in Toronto, Ontario, Canada. The Royal Canadian Mounted Police (RCMP) report they have arrested two people connected to an alleged Al Qaeda plot to detonate a bomb on a VIA Rail train in Canada.

Also Read: Tesla Owner Replaces Model S Plaid's Yoke Steering Wheel with the Regular One-Here's How He Did It

The latest locomotive purchase of the company is just the first step in its efforts to integrate Wabtec's FLXdrive innovation.

"As part of our sustainability strategy to reduce freight transportation emissions through innovation, we plan to continue to lead the sector by deploying low and no-carbon technologies," said CN via its official press release.

Right now, CN is just one of the companies making efforts to lessen carbon emissions across the globe. On the other hand, there are also other rising companies that want to join the global effort against harmful vehicle emissions.

Recently, we reported that a new innovative electric car rental company, called Joulez, has appeared. Meanwhile, Lion Electric is also making its rounds after it announced a conditional purchase order of more than 1,000 electric buses from STC.

Wabtec Also Collabs With Other Companies

Aside from CN, Wabtec is also collaborating with other agencies and companies, such as General Motors.

The locomotive company partnered with GM to implement the automaker's Ultrium batter tech into its electric trains.

On the other hand, Wabtec also worked with Roy Hill, selling its FLXdrive electric freight locomotive to the Australia-based agency.

For more news updates about electric trains and other similar discussions, always keep your tabs open here at TechTimes.