Tesla Model S sedan now lags behind Mercedes's new flagship electric vehicle or EV, the EQS 450+, in the latest early full charge battery range test. It is worth noting that the sedan of Elon Musk's firm was once heralded as the industry leader in EVs, at least in terms of battery range. 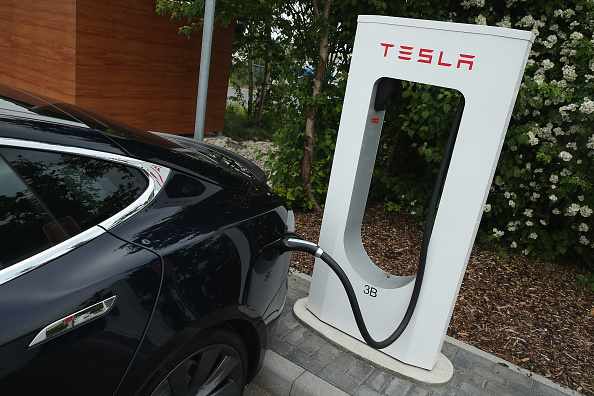 (Photo : by Sean Gallup/Getty Images)
RIEDEN, GERMANY - JUNE 11: A Tesla electric-powered sedan stands at a Tesla charging staiton at a highway reststop along the A7 highway on June 11, 2015 near Rieden, Germany. Tesla has introduced a limited network of charging stations along the German highway grid in an effort to raise the viability for consumers to use the cars for longer journeys.

However, the Model S was defeated by the first EV offering of Lucid Motors after it was able to book an impressive range of up to 520 miles.

According to the report by Business Insider, the Model S flaunts a 405 miles EPA rating for its battery range.

On the other hand, the latest EV of Mercedes, which is a sibling of the S-Class vehicles of the German luxury marque, was able to book a surprising 422 miles in the real-world range test by Edmunds. 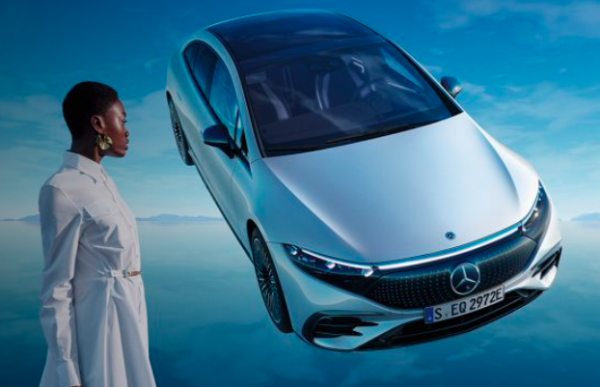 The Mercedes EQS 450+ did not only trample the industry leader in the EV battery range. It also overtook the EPA-estimated range for the new vehicle of the German automaker, which is only at 350 miles.

That said, the new EV from the German luxury carmaker was able to extend its range 20 minutes more than the performance of the industry leader, the Tesla Model S sedan.

On top of that, the Benz EV dethroned the Model S of Tesla by 77 miles.

The real-world battery range test of the 2022 Mercedes-Benz EQS noted that the new EV offering of the German automaker proves that it now has the longest range.

However, it is to note that Edmunds has yet to also test the Lucid Air and the Model S the same way that they did with the Mercedes EV.

Nevertheless, Edmunds further mentioned that in all of the Tesla real-world tests that it has performed, the EVs from billionaire Musk's firm saw a result that is lower than their EPA estimate range.

On the other hand, the rest of the EVs were able to outperform their EPA estimate in real-world tests, similar to the performance of the new Mercedes EV.

According to the news story by CNET, Tesla has overtaken the German automaker in luxury car registrations in the United States.

However, both BMW and Lexus still sit on the first and second spots, respectively.