Amazon is now being ordered to pay a fine to the tune of $500,000 for hiding its COVID-19 case numbers in its workplaces from its employees in California. 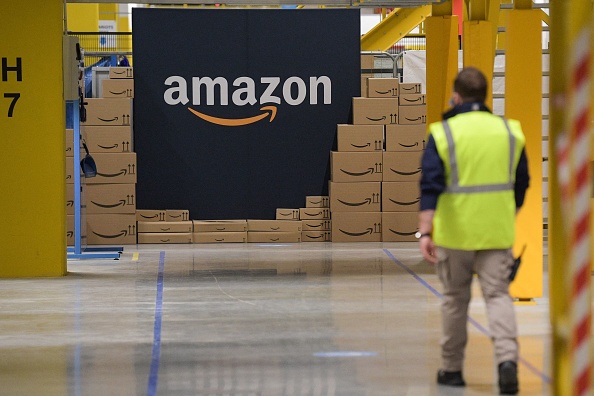 (Photo : by SEBASTIEN BOZON/AFP via Getty Images)
An US giant Amazon employee passes by its logo on the opening day of the new distribution center in Augny, eastern France, on September 23, 2021.

As per the report by Los Angeles Times, the e-commerce tech giant has already agreed to pay the hefty fine, the attorney general of California said in a statement. It comes after a complaint alleges that Amazon hid the number of COVID-19 cases from its working force.

The news outlet further noted that the fine imposed on Amazon is the first-ever incident under the newly passed law in the state of California that goes by the name "right to know."

The new law is actually meant to keep the workplaces in the said region safe from dangers like the COVID-19.

It further requires all employers in California to inform their workers about any coronavirus cases within a day. On top of that, businesses also need to relay the said information to the local health agencies in the span of 48 hours in times of outbreak.

Aside from the fine that Amazon is willing to pay, the tech giant is now also required to inform folks working in its warehouses in the said states regarding the exact COVID-19 cases, if there are any.

According to the news story by The Verge, the attorney general of the state of California, Rob Bonta, disclosed that the penalty being asked from Amazon comes after a complaint was filed regarding its workplace conditions.

The complaint against Amazon exposed that the tech giant failed to notify not just its workforce about COVID-19 cases, but also the respective local health agencies.

It went on to claim that the retail tech behemoth is "often leaving them in the dark," which in turn ends up making it to be "unable to effectively track the spread of the virus." 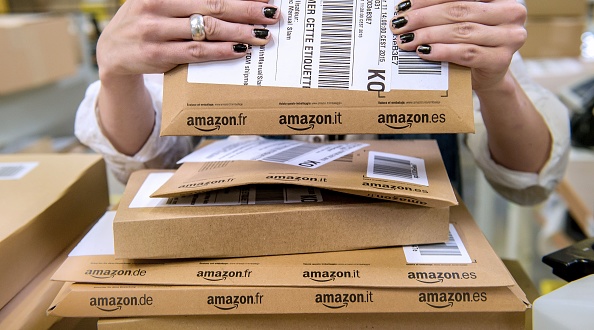 (Photo : by PHILIPPE HUGUEN/AFP via Getty Images)
An employee of the Amazon electronic commerce company works on April 11, 2015 in Lauwin-Planque, northern France.

The press release from the attorney general of California also noted that businesses should continue to protect their employees from the raging threat of the COVID-19 pandemic. Now more than ever as we are nearing the holiday season.

Meanwhile, Amazon has been generous with its employee COVID-19 vaccination rewards, which include brand new cars, as well as $100,000 worth of payouts.

Read Also: Amazon Echo and Echo Dot Now Equipped With an Ultrasound Feature to Detect People in Your Home

As per BBC's report, the National Commission for Data Protection of Luxembourg said that the tech giant was processing the personal data of its users, which is against the laws under the jurisdiction of the EU.