U.S. President Joe Biden confirmed that adaptive headlights would be allowed in the United States. This news was confirmed in the latest bipartisan infrastructure bill. 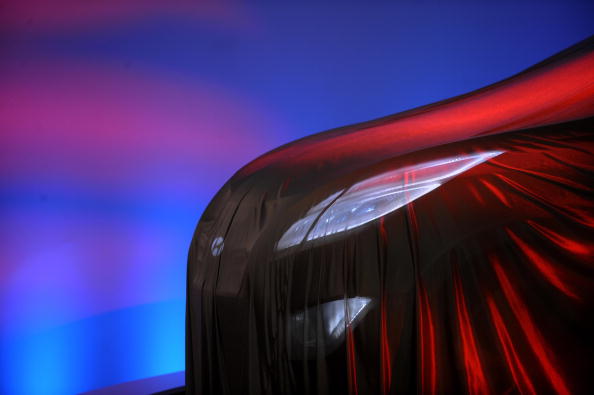 (Photo : Photo credit should read STAN HONDA/AFP via Getty Images)
A front headlight shines through a cover on the Hyundai Nuvis concept vehicle just before it is unveiled at the New York International Auto Show April 9, 2009 in New York. AFP PHOTO/Stan Honda

ADB is currently one of the most helpful EV technologies in the market. But why was it banned in the first place? Before the new infrastructure bill of POTUS arrived, adaptive headlights were considered illegal by law.

Way back in 1967, the regulation called the "Federal Motor Vehicle Safety Standard No. 108" in the United States stated that automakers should not integrate headlights in their vehicle models, especially if these lights are operating low and high beams at the same time.

Although the code recognizes ADB's ability to reduce road accidents, it explained that the innovation relies on an old lighting tech, which regulators claimed to be inapplicable to the latest traditional and electric cars.

According to CNET's latest report, the decision of POTUS to allow the use of ADB could be one of the most important EV efforts made by the U.S. government. 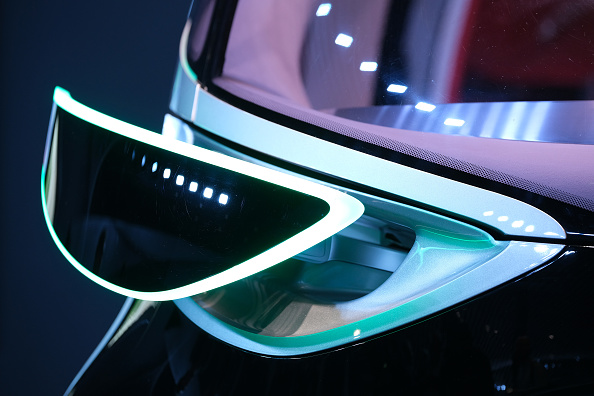 (Photo : Photo by Sean Gallup/Getty Images)
FRANKFURT AM MAIN, GERMANY - SEPTEMBER 09: A headlight details is seen on a Mercedes-Benz Vision Urbanetic autonomous electric passenger car at the Mercedes-Benz media preview at the 2019 IAA Frankfurt Auto Show on September 09, 2019 in Frankfurt am Main, Germany. The IAA will be open to the public from September 12 through 22.

For those who don't know how adaptive headlights work, this technology can automatically disable some clusters in the car's LEDs. Right now, most of the cars in the United States are only integrated with headlights that can go bright and too bright.

Since ADB can automatically adjust certain LEDs of the car's headlights, it can prevent road accidents by using low beams when there's a driver on the opposite side of the road.

Remember, headlights that are too bright can blind other drivers, which can lead to unwanted scenarios on the road. On the other hand, ADB can also project patterns onto the road, which is essential for drivers, allowing them to see if there are bumps or a dead end.

Car and Driver reported that there are various ways how the new infrastructure bill of the U.S. president could benefit car owners.

The new Infrastructure Investment and Jobs Act have some provisions that focus on enhancing the safety of your vehicle. If you want to see more details, you need to click this link.

In other news, London's largest bus operator is expected to release new electric double-decker buses by 2022. On the other hand, Tesla Supercharger stations would be used to provide internet connection.

For more news updates about E.V.s and other related topics, always keep your tabs open here at TechTimes.