Apple is likely leaning on developing its sports streaming framework for its Apple TV apps following the rumors circling a SportsKit framework. The Cupertino giant is growing more interested in bringing more sports-related content for its IOS and tvOS apps,according to the latest report. 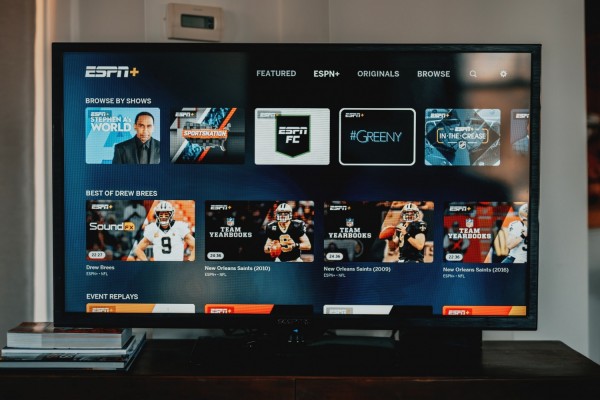 9to5Mac reported that it has discovered strong evidence to prove that the tech titan is now on its way to creating a "SportsKit" reference.

At the start of the launch of iOS 15.2 in October, the source managed to see the framework, yet there are not enough details at the moment. While there's no information about its development phase yet, we could assume that this sports streaming framework could be integrated with the Apple TV app and other related widgets.

For sports fans, the SportsKit home screen widget will provide updates of your favorite matches in real-time. To add, Siri would aid you to know the scores and even extend its service to tvOS and iOS.

So far, Apple remains tight-lipped about the SportsKit framework which remains as a private framework. This means that not all developers will be able to test it at the moment.

With that, Apple needs to coordinate with providers to bring sports-related stuff to the platform. This will lure a lot of enthusiasts to watch sports events in the comfort of their homes.

In another report by Gizmodo, the Cupertino-based corporation is boosting its campaign to deliver sports streaming services to its customers. It was found out that Apple was reportedly having discussions with the NFL regarding its Sunday Ticket package.

The transaction is allegedly about transforming the Ticket package into a digital offering. The contract of the league with DirecTV is set to expire in 2023.

In 2020, the iPhone maker hired the former head of Amazon Prime Video's sports division who has joined the Apple TV team. The speculations did not stop here as the current reports highlighted the arrival of a former ESPN president who is helping with the production of series linked to Apple's streaming.

Traditional sports betting is slowly fading as modern sports streaming is improving. This would bring more streamers to engage in sports betting with the help of streaming services such as Apple TV+.

With the emergence of the SportsKit framework that is reportedly coming soon, we could expect the company to unveil more information about it in the next few months.

In early November, Tech Times reported that the company is planning to release a smart home-centered platform linked to the unannounced Apple homeOS.

The post indicated that Apple was looking for a Music engineer who will manage the rumored smart home kit.

In another report, the Apple TV box was spotted to have a new design featuring a plexiglass top. The same article included that a gaming gadget similar to Nintendo Switch will come at an unknown date.