The Apple TV box will get a new design, according to a sketchy report from a source. The fresh look for the smart home device will boast a "plexiglass" top along with a flatter footprint.

The same site also wrote that the Cupertino giant is currently working to create a unique gaming console. Its style borrows the appearance of a Nintendo Switch. 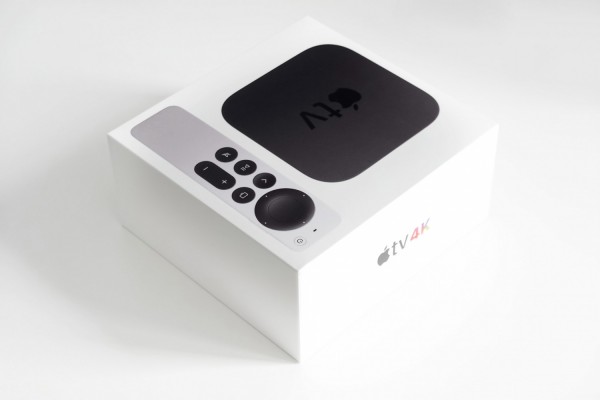 (Photo : Jeremy Bezanger from Unsplash)
A sketchy report revealed that the upcoming Apple TV box will get a redesign. The report also says that the company is working on a gaming console.

According to iDropNews' report on Monday, Oct.11, the Apple TV will soon stray away from its current design. The bulky appearance of the gadget will be replaced by a thinner model for its upcoming version.

The questionable report also suggested that the "plexiglass-topped" design was originally intended for the Mac Mini that will be arriving soon. The report pointed out that the returning design is comparable to the first-gen Apple TV.

iDropNews also wrote that a new Siri Remote would be included in the rumored box. Moreover, the prominent sharp edges present in iPad Pro and iPhone 13 would be allegedly seen in this device.

Besides the alleged redesign to the Apple TV box, another gadget is currently the subject of rumors.

As revealed by the same tech site, the Cupertino giant is rumored to be developing a console that could go at par with the Nintendo Switch. The hybrid gaming machine could be the next destination for games like "Mario Odyssey" and the "Legend of Zelda."

iDrop News said that a leak came out about Apple's plans to enter the gaming industry a few years ago. At that time, the iPhone maker was reportedly finding an opportunity to make a worthwhile gaming device. Moreover, the rumors said that Apple is thinking of surpassing what Sony and Microsoft have offered to the gamers this year.

Most likely, the expected price of the alleged Apple console could sit around $449 to $549 since it has a more refined design. For its high price, we could expect that it would come with impressive features.

Macrumors reported that the tech titan could likely launch a gaming controller regarding Apple's rumored venture into gaming. Back in 2020, there was a tipster under the name L0vetodream who leaked it.

Before the leak came out, Apple's gaming subscription service Apple Arcade was released. Since then, many games have appeared on several devices, such as Apple TV, iPhone, and iPad, to name a few.

During the time of Apple Arcade's launch, the subscription cost was $5 per month. A free one-month trial was also offered to the customers at that time. The service has allowed them to access a special gaming library containing over 100 playable titles for Apple gadgets.

This 2021, the iPhone manufacturer announced that it would revamp the gaming experience for Apple Arcade games. Indeed, the company has improved its Apple TV by upgrading its old processor to an A12 Bionic chip.