"Hello Kitty," a popular fictional character from Sanrio, is reportedly jumping to the NFT trend next year. So far, we have seen a lot of famous franchises that embrace the current hype of non-fungible tokens.

RECUR said that the project was made possible through its collaboration with Sanrio. This is the first time that fans could see the female bobtail cat in the NFT space.

The fan-centered platform will not only unite "Hello Kitty" fans through several collectibles and artworks, but also the "kawaii" culture will be much bigger than usual this time. 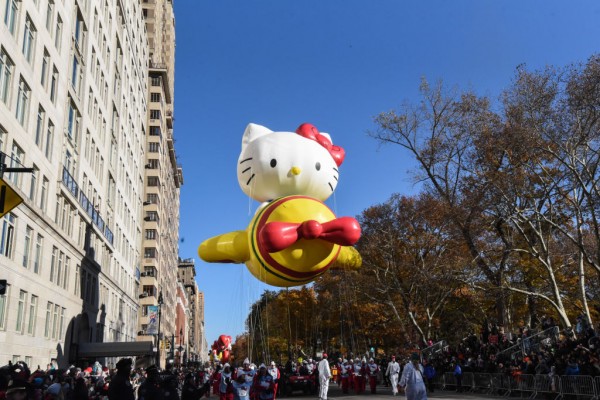 According to a report by License Global, tech company RECUR confirmed its strategic partnership with Sanrio regarding the upcoming launch of "Hello Kitty" NFTs on the platform.

RECUR is known for allowing people to buy, trade, and sell non-fungible tokens in the marketplace. Most importantly, it announced that the arrival of "Hello Kitty" NFTs is expected to land in Q1 of 2022.

Furthermore, the company announced its "Portal Pass" NFT that will be open to the public on Dec.9. RECUR said that the pass would be exclusive for a 24-hour window. That's why it urged the buyers to go early during its release.

Per Silvia Figini, Sanrio's chief operating officer, the firm is continuously exploring new innovations for its business. The Japanese company's recent move will bind the fans to enjoy the brand more through the addition of "Hello Kitty" collectibles.

With the successful collaboration with Sanrio, RECUR said that it was thrilled to deliver what "Hello Kitty" fans have wanted for a long time. By the time the digital collections come, avid collectors could now engage in trading, buying, and collecting NFTs across several blockchains.

The kawaii culture will be much harder to resist, especially with the impending entrance of "Hello Kitty" to the NFT platform. However, neither Sanrio nor RECUR has not yet clarified the particular NFTs that will be released.

In another report by Comicbook, the "Hello Kitty" themed pieces could be in the form of pictures or clips just like other brands did.

Moreover, RECUR expects that fans would have a unique look at NFTs as it welcomes the newbies in the new environment. The company hopes that many people will research more about the trend before the official launch of "Hello Kitty" NFTs takes place in the next few months.

This month, Tech Times wrote several reports about the must-check NFT collections that you should see, especially if you are a die-hard collector.

Recently, we reported that 'Tomodachi World' NFTs have arrived on Tuesday, Nov. 16.

Besides this anime-style collection, we also included the Unicorn NFT collection called "Seasocorns", which was released on Thursday, Nov.18.

Truly, the NFT craze has sent a strong message across the entertainment industry. "Hello Kitty" is not the only franchise that joined the hype since last month, "Power Rangers" brought its first NFT collectibles on WAX through Hasbro.