UK Considers the 'Use of Mobile Phones While Driving' as Illegal; Drivers to Face $269 Fine When Caught

UNITED KINGDOM: The U.K. government announced that it would soon ban the use of any handheld devices such as mobile phones while driving. According to the government, it is now considered illegal when you make calls or text your friends on the road, except for an emergency.

The implementation will be effective in 2022. By that time, the government will also ban those drivers who play games or scroll their music playlists while driving.

Mobile Phone Use is Now Illegal Among UK Drivers 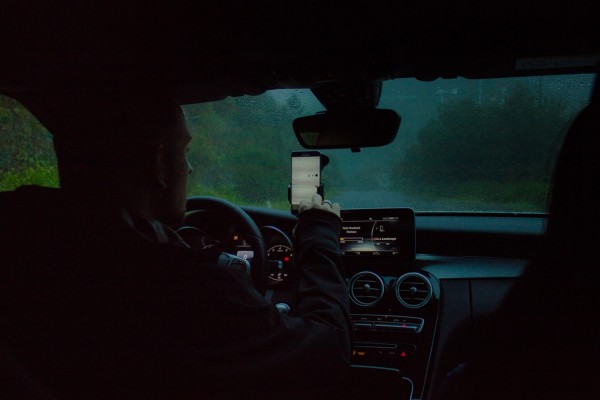 (Photo : Val Britaus from Unsplash)
The UK government will be prohibiting the use of mobile phones and other devices while driving beginning next year. According to the authorities, violators will be punished if they are caught in the act.

According to a report by Engadget on Friday, Nov.19, the UK government said that the use of mobile phones while driving would be illegal starting next year. Those who will get caught will face several sanctions.

The government also stated that it would revise the Highway Code to clarify that stationary vehicles are counted as driving. This means that a driver who stops because of the red light and traffic jam will not be exempted from the new rule.

For the UK drivers who disobey the new road rule, they will pay a fine of US$269 or £200. Besides that, they will receive six penalty points embedded in their license.

The worst punishment they could encounter is license revocation which means that their license will be canceled and cannot be reinstated anymore.

Who Are Exempted From Using Handheld Devices While Driving?

The UK government wrote on its official site that there is an exemption for drivers who use their mobile phones or any handheld gadgets while driving. They will only be exempted from the law if they use their phones for contactless payment while the vehicle is not moving.

For instance, this would involve paying at a card reader or a road toll. It will also cover drive-through transactions in the restaurants. However, those motorists who are paying for online shopping are within the scope of the mobile phone crackdown law.

Before the law was publicized, the U.K. had allowed drivers to use their handheld gadgets as long as they were not calling someone or sending a text message.

In line with this implementation, the authorities came up with an idea to expand the current regulations. 81% of the U.K. respondents said that they supported the proposal from the government regarding road safety measures.

In a statement, Transport Secretary Grant Shapps said that many deaths and injuries are happening when mobile phones are held.

"By making it easier to prosecute people illegally using their phone at the wheel, we are ensuring the law is brought into the 21st century while further protecting all road users," Shapps added.

Over the past years, CDC has been warning people about the risks of distracted driving, which highlights mobile devices. Addressing the issue did not go easy for the authorities as they could not detect the violators 24/7.

With that, the Australian Transport Department in New South Wales decided to integrate artificial intelligence that can effectively spot drivers using mobile phones behind the wheels.

According to the department, the special AI cameras can survive under harsh weather conditions. The catch here is that drivers will not know if the cameras have spotted them already.

In the United States, the California court said in 2014 that it would allow drivers to use map apps on their phones while driving. This wouldn't cost them a ticket on their part.