How to Fix Nintendo Switch OLED Green Tint Issue? | Here's How You Can Avoid it

Nintendo Switch OLED might be the newest upgrade for the Japanese gaming console. Notably, this handheld device sports a 7-inch screen, the largest among all Switch models.

Since it is now an OLED-based gadget, expect its graphics to be top-quality compared to the old Switch consoles. This upgrade is fascinating on top of its more power-efficient set-up that could last for almost five (5) to nine (9) hours of usage.

While it is an improved Nintendo gaming machine, users could still experience issues. Besides burn-in, they could encounter green tint, which is considered a "curse" for some OLED owners.

With that, we will distinguish how green tint differs from the usual screen burn. We will also share some tips on avoiding bumping into that problem. 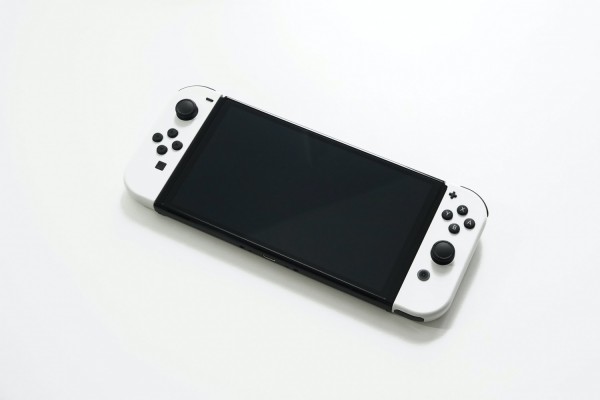 (Photo : Jeremy Bezanger from Unsplash)
Nintendo Switch OLED owners could encounter green tint on their screen but they don't know how to deal with it. Here's an article that will explain how you can avoid having this problem.

There's some confusion among some people who could never distinguish a screen burn from the green tint on their Nintendo OLED Switch. Of course, these two terms are not similar, but they share quite close relations.

According to the PlayerAuctions blog, this typical problem can also happen in several electronic gadgets such as smartphones and televisions. Basically, screen burns depict "burned displays" that bring static images on the screen after a long time.

Tech Times reported back in October that Nintendo reminded the users to minimize the risk of acquiring screen burn, but not entirely prevent them from happening.

On the other hand, Switch OLED owners usually observe the green tint issue when they lower the brightness levels on their consoles, especially when playing games with a darker tone.

The OLED technology makes use of pixels that should be calibrated in the most uniform way. At the same time, they should also be color-corrected.

However, there are instances that pixel drivers could not precisely display the colors during the low light mode. This is where the green tint starts. All over several social media sites, Nintendo Switch OLED owners have different opinions about this problem.

According to others, the green tint is only normal for OLED screens because their other devices have suffered from it before. Others said that Nintendo has not properly checked the quality of the OLED screens before they are released to the public.

Even so, some Switch owners commented that the company has settled for low-quality displays on the upgraded OLED Switch console. Instead of turning it into a next-gen device, it only becomes a rushed creation that still lacks improvement.

How to Avoid Green Tint on Nintendo Switch OLED

In a YouTube video, Amok4all, a known tech, and gaming geek, shared some tips on how Nintendo Switch OLED owners could avoid having a green tint on their consoles.

The clip that runs for three minutes and 53 seconds started on a test pattern that Amok4all showed on the screen. When he manually changed the brightness on his Switch, a green tint developed.

When the YouTuber reverted the settings to their normal state, its color tone returned to normal once again. He said that there was indeed an issue in the color temperature that explains why the greenish color appears.

According to him, the green tint issue is not really a big deal since there are easy ways to avoid it. Before unveiling the tips, he said that he had not yet experienced the issue during gameplay.

Here's what he recommended to the viewers who are complaining about it:

For the final remarks, it's important to apply the proper settings before diving into your gameplay. Remember this: do not go below 30% brightness to avoid this green tint issue in your Switch OLED device.

Still, there are other problems that users could encounter when using the next-gen handheld. The most common among them is the joy-con drift, which Tech Times mentioned as a persisting problem despite several upgrades.

For more Nintendo Switch-related articles, check our July article about the all-time best Switch memory cards that you can purchase. Additionally, we also wrote there how you can change your SD card and transfer your games to it.