The usual Nintendo Switch issue is the Joy-con drift which many users complain about. The new Switch OLED Model looks promising and perfect with its key features such as a bigger screen and LAN support, but the problem with the controller has not been remedied by the Japanese gaming giant. 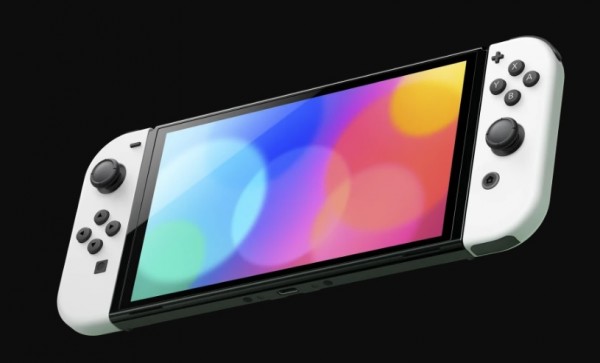 (Photo : Nintendo)
Nintendo Switch OLED might introduce a new set of features such as LAN port and improved audio, but still it has not yet solved the Joy-Con drift issue.

When the first Nintendo Switch came out in 2017, the primary problem that users experienced was the issue in the Joy-Con drift. Some players buy a new Joy-Con to solve the problem, however other players find it to be a big nuisance even for the newly-bought gaming consoles.

Indeed, the Nintendo Switch OLED is not the rumored 4K Switch with an upgraded processor, but still, its outstanding features from its screen and kickstand have become a game-changer to the community.

Unfortunately, even though the OLED model has been amazing because of its better and wider screen, a LAN port, and a newly-improved sound system, some players are still disappointed that Nintendo did not pay attention to develop a Joy-Con drift-free model.

According to The Verge on Saturday, July 10, there was a confirmation from Nintendo which says that the Nintendo Switch OLED model did not alter the configuration of the Joy-Con controller.

The news outlet reached out to the company about the new white Joy-Cons which could be the solution for the issue. However, the Switch maker did not further elaborate on its explanation.

For those who want to have the new Nintendo Switch OLED, just be mindful that your console is still prone to Joy-Con drift. Its upgrade is only limited to some features--and not on its controller.

Gizmodo reported on Monday, June 12 that Nintendo is "aware" of the Joy-Con drift reports. For further questions regarding your controller repair, you can click here to seek some help.

The growing Joy-Con struggle has become one of the issues that the gaming community continues to face for many years. In Australia, some users are enjoying their rights to a free Joy-Con repair because of the Australian Consumer Law.

Joy-Con Drift Issue is Not Limited to Nintendo Switch

The controller-related problem is not only for Nintendo Switch's Joy-Con drift issue. Apparently, Xbox is also suffering from it. The reason why this issue exists is because of the in-system potentiometer which might be undergoing some "wear-and-tear."

Over time when the users tap the controller, the sensitivity of the potentiometer declines. This is where the Joy-Con drift issue starts affecting the effectiveness of the existing controllers. If you want to fix the issue, here are the steps to help you with your Joy-Con issues.

In the future, users could potentially see the rumored Nintendo Switch Pro that journalist Jeff Grubb believes to arrive. Besides its possible 4K output and a heavy chipset that could allow computer-gaming levels, maybe Nintendo could now address the Joy-Cons with this release.