Apple Is Expanding iPhone 12, 12 Pro Repair in UAE Because of Sound Issues

Apple has announced an extension for their iPhone 12 and iPhone 12 Pro repair program in the UAE, due to sound issues being experienced by customers there.

(Photo : Jakub Porzycki/NurPhoto via Getty Images)
Apple logo is seen on the store in Milan, Italy on October 6, 2021.

This announcement comes five months after the Big Tech giant announced the repair program in the United States, writes 9To5Mac. The program will be covering all iPhone 12 and iPhone 12 Pro units manufactured between October 2020 and April 2021.

AppleInsider reports that the aforementioned sound issue affects a certain component on the phones' receiver modules, as per an analysis done by Apple.

As a result, the phone will not make a sound on the receiver whenever users receive calls.

This sound issue, however, doesn't affect the iPhone 12 Mini and the iPhone 12 Pro Max. Either way, any eligible device is entitled to a free repair from Apple or any company-authorized service provider.

Apple didn't explicitly say how many devices are affected by this issue.

How Does the Repair Program Process Go?

Users only need to bring their devices to an Apple-authorized service provider near them. There, a technician will examine the phone to determine whether it is eligible for a free repair under specific conditions.

However, any type of damage that will prevent the free repair from being done (i.e. cracked screen), you'll need to have that fixed before getting it serviced for the sound issue.

Users are also encouraged to back up their devices prior to having them serviced, in order to not lose any critical data. Here's a quick guide on how to back your iPhone up, with or without iCloud.

This isn't the first time that the iPhone 12 has had major sound issues. Last year, some devices experienced a problem that greatly affected hearing aid users. 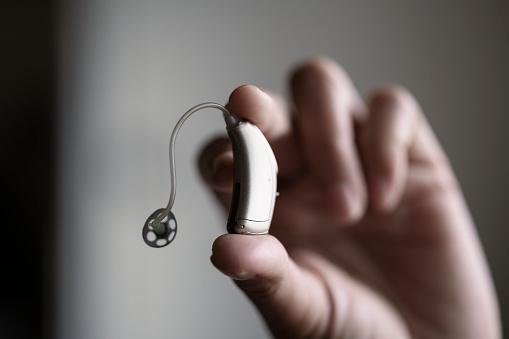 Several users reported unexpected noises coming through their hearing aids or other sound-emitting devices. These people went online (mostly Reddit and Twitter) to voice their concerns.

As per official Apple support documents, the sound issues could range from garbled sounds to interrupted/intermittent audio, or even loud static.

Apple's official fix advised users to upgrade their devices to iOS 14.2.1 or later. People also have the option to completely restart their iPhones, or fiddle with their Audio and Bluetooth settings.

Should You Just Upgrade to the iPhone 13?

Upgrading to the iPhone 13 due to these iPhone 12 sound problems could seem like a good choice for some. But should you?

It all depends on the current situation. If your iPhone 12 doesn't really experience the aforementioned problem, there's no good reason to upgrade--unless you actually have to.

Another reason involves eligibility. As previously mentioned, only iPhone 12s and 12 Pros manufactured between October 2020 and April 2021 are covered. If your device doesn't fall within the eligibility category, you won't get a free repair.

iPhone 13 vs. iPhone 12: Spec by Spec Comparison—Cameras, Display, and MORE

iPhone 101: How to Create a Backup for Your Data With or Without iCloud