Hubble Space Telescope Snaps a Photo of the Prawn Nebula — What is a Nebula Anyway?

The Hubble Space Telescope has a new photo to share with everyone and this time it is a picture of the Prawn Nebula.

The Prawn Nebula is located in the constellation Scorpius about 6,000 light-years away from Earth. The nebula, which is otherwise known as IC 4628, is 250 light-years in size and cannot be easily seen by those trying to view it from Earth.

The Hubble Space Telescope has taken numerous photos of nebulae through the years. It has taken pictures of the Orion Nebula, Veil Nebula, Southern Crab Nebula, and many more.

Hubble Space Telescope Snaps a Photo of the Prawn Nebula 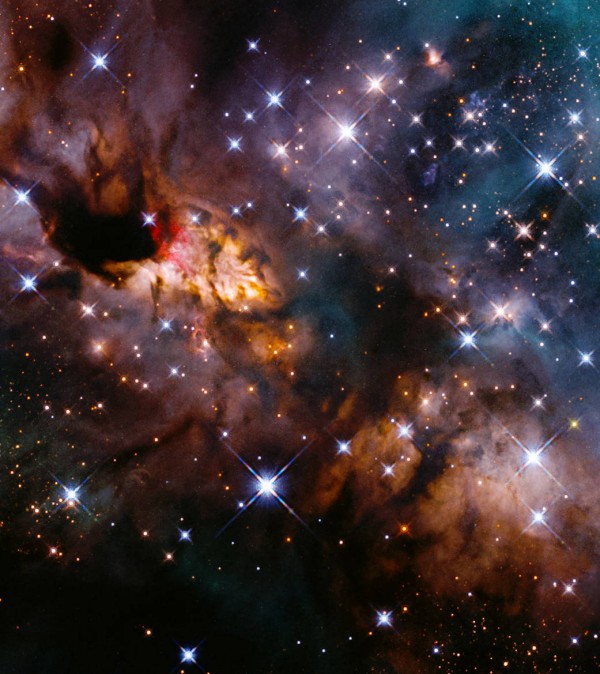 The Hubble Space Telescope has taken another photo of a nebula to add to its collection of breathtaking and awe-inspiring nebulae photos. The new photo features the Prawn Nebula, which is located around 6,000 light-years away from our planet.

The latest photo taken by the Hubble of the Prawn Nebula features a small section of it in both visible as well as invisible infrared light.

According to a report by Digital Trends, the Prawn Nebula, otherwise known as IC 4628, is "rarely imaged as it is very dim, emitting only a small amount of light."

"The stars which can be seen appear to be a blue-white color, but in addition to this most of the stars within the nebula emit light in other portions of the spectrum that are invisible to the human eye," the report explains.

The Prawn Nebula is located in the constellation Scorpius. Its size spans 250 light-years and it actually covers a space similar in size to four times that of a full moon, according to the National Aeronautics and Space Administration (NASA).

It is an example of an emission nebula, a kind of nebula that has gas that has been ionized by the radiation of the stars near it.

What is a Nebula Anyway? 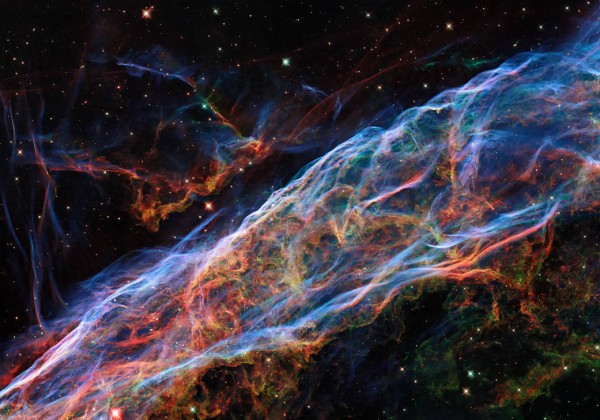 Nebula, or nebulae in plural, has been defined by NASA as "a giant cloud of dust and gas in space." Most of the gases it is made up of are hydrogen and helium.

According to NASA, nebulae exist in what is known as interstellar space or the space between stars. The gases and dust of a nebula can lead to the formation of new stars with the help of gravity, which pulls all these gases and dust together.

As the clump of gases and dust gets bigger and bigger, the pull of gravity gets stronger and stronger. Once the clump gets so big, it collapses and causes the center to heat up, which will lead to the birth of a new star.

The nebulae are a favorite subject of the Hubble Space Telescope's photographs. Examples of the nebulae that the space telescope has taken pictures of include the Orion Nebula, the Southern Crab Nebula, the Veil Nebula, and the Ghost Nebula.