PepsiCo's Tesla Semi Megacharger installation in its facility in Modesto, California, now has a go signal from the Stanislaus County Planning Commission after the latter officially issued it a permit. 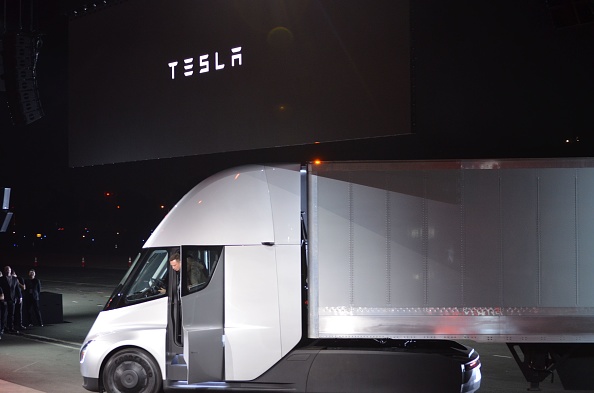 (Photo : by VERONIQUE DUPONT/AFP via Getty Images)
Tesla Chairman and CEO Elon Musk steps out of the new "Semi" electric Truck during the unveiling for buyers and journalists on November 16, 2017 in Hawthorne, California, near Los Angeles.

It is to note that previously, on Nov. 8, the CEO of PepsiCo also announced that the Tesla Semi is coming before 2021 comes to an end.

As per the report by Teslarati, Stanislaus County revealed in public documents that its Planning Commission issued a permit for PepsiCo's latest project.

The go signal from the said commission to proceed with the installation of the Megacharger was given last Nov. 22.

However, it turns out that PepsiCo has been requesting the permit since way back on April 12, when the beverage firm sent its application to the Planning Commission.

Since then, Teslarati further said in the same report that the commission went on to perform a couple of safety inspections in the facilities of PepsiCo in California.

It is worth noting that the permit was first shared by a Twitter user that goes by the name The Supercharger Updates Guy, wherein he noted that "construction can now begin on the site."

If it’s any sign Semi production is ramping up, the permit for the Megacharger at Pepsi’s Modesto facility was issued yesterday!! Construction can now begin on the site, which has a total valuation of $334,000. pic.twitter.com/0klPXsvHBo

On top of that, the Twitter user also further revealed that the whole Megacharger project of PepsiCo for its upcoming Semi fleet is worth a whopping $334,000.

As mentioned, PepsiCo boss, Ramon Laguarta, previously said that the Tesla Semi trucks are expected to start deliveries of the products of the firm, such as Mountain Dew and Doritos, in the fourth quarter of this year, according to the report by Business Insider. 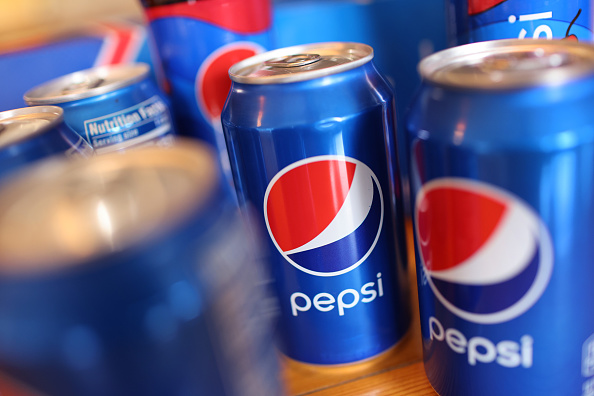 (Photo : by Scott Olson/Getty Images)
CHICAGO, ILLINOIS - OCTOBER 05: In this photo illustration PepsiCo products are shown on October 05, 2021 in Chicago, Illinois. PepsiCo today reported earnings and revenue that topped analysts’ expectations for the quarter and raised its full-year forecast.

It is contrary to the earlier predictions of the CEO and founder of Tesla, Elon Musk, saying that the Tesla Semi trucks are arriving in 2022 due to a supply issue with its 4680 battery cells.

The supply shortage has held off the production of the electric truck, which, in turn, delayed its release. However, albeit the delay, Pepsi claims that it is coming this year, at least for them.

If PepsiCo is to be believed, Tesla only has five weeks to deliver the Tesla Semi to the facilities of the Mountain Dew maker. Just in the nick of time, the Megacharger installation now has a go signal.

Last Oct. 13, a Twitter user, Sawyer Merritt, shared a photo of the Tesla Semi Megacharger's installation at the Giga Nevada.

It is to note that the Megacharger is the more powerful version of the Superchargers that are now being used by smaller EVs like SUVs and sedans. On the other hand, the former is specifically designed to top up the batteries of the electric truck of Tesla.