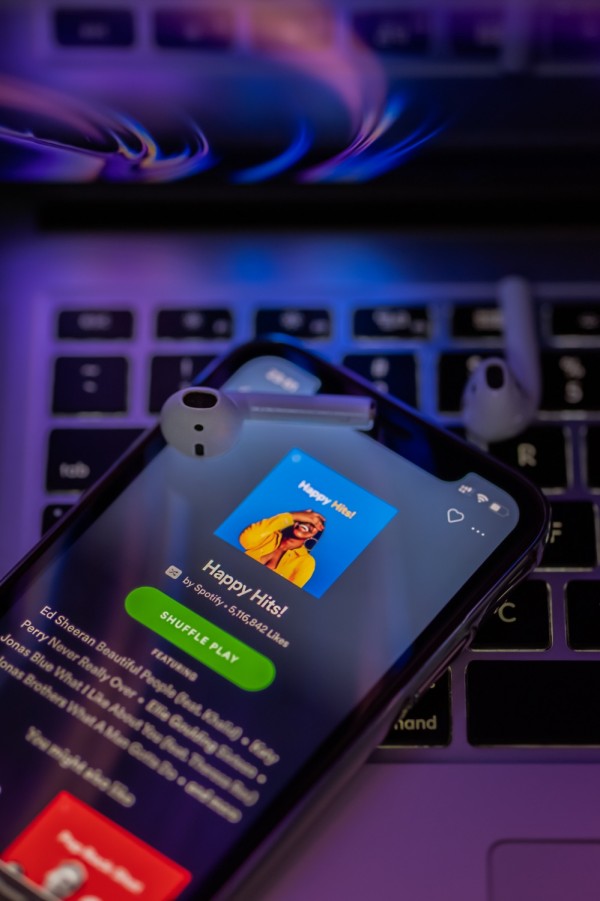 Spotify will now home your favorite Netflix soundtracks with its new feature, the 'Netflix Hub', and it's only a click away!

Netflix announced their partnership with Spotify in developing the new 'Netflix Hub' feature on the streaming platform.

The entertainment giants collaborated with the project to let users access a single destination to stream their favorite Netflix soundtracks. Plus a bunch of twists, too.

One outstanding feature from the hub is its capability to deliver an enhanced album experience for the movie The Harder They Fall.

The western film will be providing a behind-the-scenes glance at how they created the soundtracks that will soon be available on the Netlfix Hub.

There was also an update with Spotify's La Casa De Papel destination in the hub - with videos from the stars of the series alongside official playlists, including new soundtracks from the latest episodes.

Now, don't worry if you're not subscribed to Spotify premium yet because Netflix Hub will be accessible for free users, reported by The Verge. You may still need to listen to ads between soundtracks.

Then, you're more than free to listen to the tunes of Netflix's most popular shows like Squid Game, Bridgerton, Lucifer, etc.

As for the availability, Netflix Hub is already in countries like the US, Canada, the UK, Australia, New Zealand, Ireland, and India.

Spotify's collaboration with a major US media company; Netflix, is one of their attempt to frontline unique features that will set them apart from rivals like Apple and Amazon Music.

In 2019, Spotify made a similar Hub, except it's with Disney, producing music and podcast content.

Also Read: Spotify Playlist: How to Use the Blend Feature and Mix Music With Friends and Family

Spotify continues to experiment with different services it can add to its platform to draw users; this additional feature is another great feature to get the most of your streaming experiences.

Now, as you listen to your favorite artists and bands, you can also stream soundtracks from your favorite Netflix movies and shows.

The platform represents a variety of TV show and movie genre like Final Fantasy, Assassin's Creed, Sonic the Hedgehog, and other animated films that brings color to the choices present on the new Hub feature.

At this point, Spotify's strategic partnership with Netflix appears to be the most important leverage over their competition.

Though other platforms like Youtube Music offers music and film, Spotify remains the top favorite for fans to stream their favorite artists and watch entertainment shows.

But Spotify is making things handy where movie and TV show fans won't have to search up soundtracks anymore, and it's already at the palm of their hand, among other features too.