Elon Musk said that making life multi-planetary when sustaining a suitable condition on Mars would pass a "great filter," something that is coming soon for people. This is a part of his online discussion regarding the importance of the NASA DART Mission, which the company has helped in fulfilling with its Falcon 9 rocket that helped in the process. 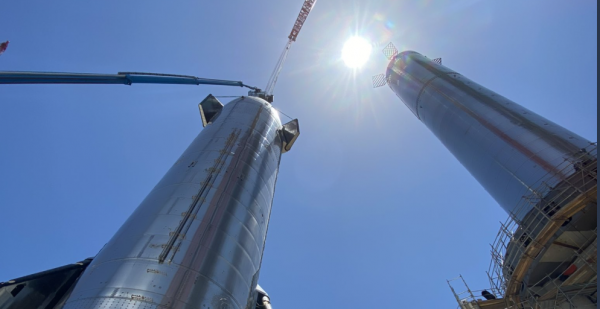 There are many "great filters" to achieve for humans, but one of which is the Tesla and SpaceX's CEO of making life multi-planetary and sustaining it when building a base on Mars. According to the world's top billionaire, life on Mars is one of the greatest filters that the current civilization and society can achieve, something that is also in the process for SpaceX.

If we are able to make life self-sustaining on Mars, we will have passed one of the greatest filters. That then sets us up to become interstellar.

Earth is ~4.5B years old, but life is still not multiplanetary and it is extremely uncertain how much time is left to become so.

The end goal of SpaceX is to make life "interstellar," and it is a process of having the ability to go between galaxies and deep space with ease, with the available technology known to man. Of course, that is not yet possible or achieved during the present, hence the many tests and studies made regarding it, with SpaceX in the middle.

SpaceX's DART Mission is Important But Should Focus on Comets Too

Alongside this, Musk has spewed his take on the NASA DART mission, which SpaceX has taken on with their Falcon 9 to help launch the satellite that would crash into an asteroid and redirect its track.

In 1992, comet Shoemaker-Levy smashed a hole in Jupiter the size of Earth https://t.co/nruaHoSIAQ

However, the executive said that comets should also be a focus of this mission as there are a lot of comets that remain untraceable or undetected, bringing chaos or damage to the Earth, with one in 1992.

Elon Musk is known for talking about making human life multi-planetary, and it plans to do it first on Mars, bringing the first colony or "Mars Base Alpha" soon in the coming decades. The company plans to launch a Mars spacecraft, the Starship venture, to the Red Planet within this decade, something that the company is already working on with its ventures and soon test flights.

The work done by SpaceX is no joke, especially with its CEO aiming to bring the population to other planets that they can inhabit apart from Mars. To his belief, humans should be multi-planetary species, a race that can survive living on different planets as there is such a thing called "population collapse," inevitable for those of the coming generations.

The multi-tech billionaire is known for his dedication to bringing SpaceX and humans to Mars, and it is a goal of his to achieve this before his life expires as a legacy to those of the people of the future. His goals may resemble that of a sci-fi scenario, but it is something that has influenced the current society into believing that humans can go to space after decades of studying and exploring it.

Related Article: SpaceX Issues an Apology Over Delays in Starlink Internet Kit Shipping--What Could be the Reason Behind?