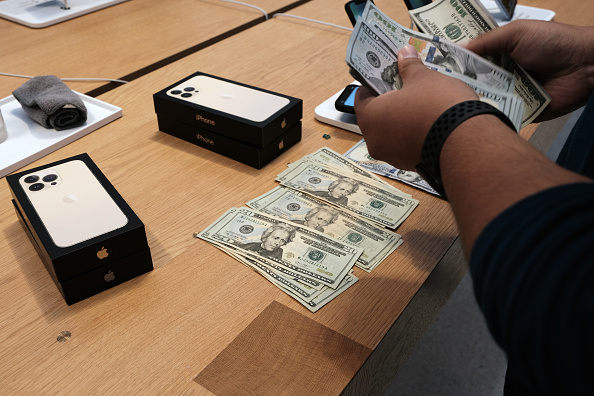 (Photo : by Spencer Platt/Getty Images)
NEW YORK, NEW YORK - SEPTEMBER 24: People shop at the Fifth Avenue Apple Store during the launch of Apple’s new iPhone 13 and iPhone 13 Mini on September 24, 2021 in New York City. The new phones come equipped with a A15 Bionic chip, improved dual-camera system and longer battery life than the iPhone 12. The iPhone 13 Mini starts at $729, and the iPhone 13 starts at $829.

It turns out the iPhone maker, Apple, is facing another hurdle on top of the ongoing chip shortage issue that has significantly cut the production numbers of the iPhone 13 last October by 10 million, as per the report by Bloomberg.

The news outlet further reported, citing sources close to the matter, that the Cupertino giant recently warned its suppliers for the iPhone 13 that its demand is slowing down.

Sources specifically requested to be unnamed as the discussions regarding the demand for the iPhone 13 are only being done internally.

Apple went on to tell its component suppliers that the orders for the iPhone 13 are weakening even as the holiday season is approaching.

Bloomberg noted in the same report that some consumers have become frustrated with the ongoing shortages and the delays in the delivery of Apple's latest flagship smartphone.

Not to mention that the new COVID-19 variant, Omicron, is also affecting the shopping confidence of some consumers, making them forget about an iPhone 13 upgrade.

On top of that, the current steep inflation in the United States could also push away consumers of the iPhone 13, which sells at a starting price of $799, whereas its most expensive variant is sold to the tune of $999.

According to the news story by MacRumors, the CEO of the Cupertino tech giant, Tim Cook, admitted that the supply issue is affecting not just the iPhone, but the Macs and iPads as well, are already costing Apple billions of dollars.

To be precise, the Apple boss went on to reveal that the iPhone maker has already lost about $6 billion in October due to the raging chip shortage. 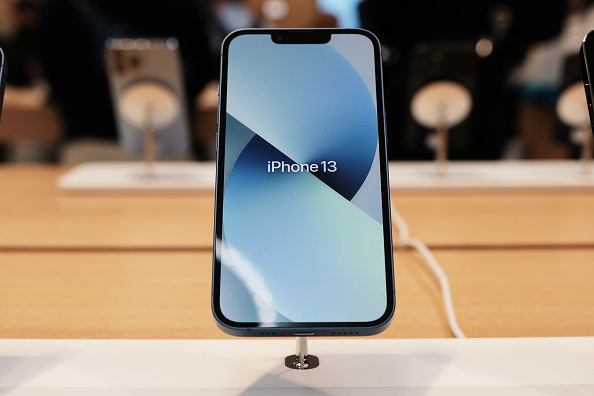 (Photo : by Spencer Platt/Getty Images)
NEW YORK, NEW YORK - SEPTEMBER 24: The new line of iPhone 13's are displayed at the Fifth Avenue Apple Store during the launch of the phones on September 24, 2021 in New York City. The new phones come equipped with a A15 Bionic chip, improved dual-camera system and longer battery life than the iPhone 12. The iPhone 13 Mini starts at $729, and the iPhone 13 starts at $829.

Cook went on to project that Apple could continue to lose revenue brought upon by the supply mess until the end of 2021.

However, it is to note that the iPhone 13 Pro's delivery delay in the United States is slightly improving from the month-long wait back in September. This time around, buyers could get their devices in just two weeks or even less in some cases.

Nevertheless, the tech giant remains on track for the holiday season sales prediction of analysts.

Experts previously noted that Apple is expected to book a projected increase of 6% or up, equivalent to $117.9 billion, in the last quarter of 2022.