Razer Phone Cooler Chroma is a MagSafe Compatible Accessory for the iPhone and Android, But Do You Need It?

Razer's Phone Cooler Chroma is an accessory fan for smartphones, with MagSafe compatibility for the iPhone and an accessory attachment for Android devices. Most phones are known to heat up whenever used for gaming or heavy processes, something that has been a problem for some but has no known exhausts to ventilate itself. 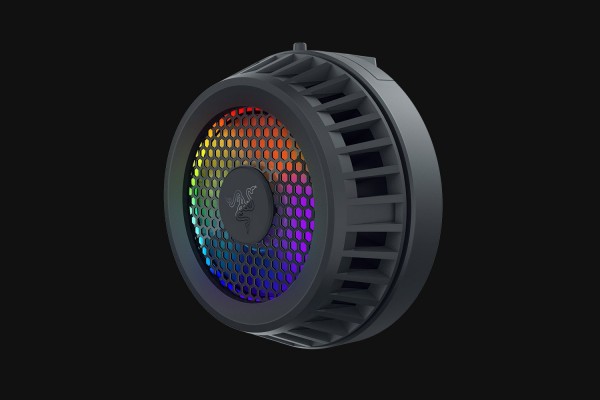 Imagine a CPU cooling fan inside one's computer box, but this time, a smaller version that can magnetically attach to an iPhone's MagSafe or as an attachment to Android devices with RGB. Yes, that is Razer's new Phone Cooler Chroma device that focuses on an accessory for smartphones to help them from heating up after long periods of usage.

It has two variants from Razer, and it is the MagSafe compatible that can attach to the back of the latest iPhone devices that has magnets at its back or with a Universal Clamp that is intended for Android and non-MagSafe.

The device costs $59.99 from Razer and it is available for purchase to bring an assisted and cooler gaming experience with one's device.

Razer Fan: Do You Need a Cooler for Your Smartphone?

Most smartphones now, especially top-tier or variant devices, are known to have massive processes because of their top-spec CPUs or massive RAMs that would help in handling games well. The only downside is it can cause one's device to heat up during these times which is annoying or worrying for some users.

Razer's device can help in cooling one's device, but it is not guaranteed as smartphones can cool themselves and have no exhaust ports where heat from the inside can escape.

Razer is known for its products that focus on computers as it heavily relies on its gaming heritage and is one of the top sponsors during e-Sporting events in the global market. An example would be its line of new productivity keyboards, mice, and other peripherals that would integrate the power of gaming to office setups, focusing on the remote work of this pandemic.

The company is also known for its release that involves the mask that has RGB lighting to it, as well as Razer's popular black and green highlights to protect one from the virus and show their lower face. The Zephyr has been a highly regarded product from Razer as it focuses on giving people a chance to be seen and stylish at the same time.

Other peripherals and accessories from the company have come and gone, but one thing that stays in the continued innovation of Razer regarding the many products available in the market now from them. Devices like the Phone Cooler Chroma have shown that the transition toward the heavy use of mobile now is an important one for the gaming industry.

Related Article: Razer Head Says That Gaming Laptops Are Only Going To Be More Expensive