A YouTuber's AirTags that he attempted to send to North Korea way back in May failed to be delivered to the Asian territory, making him wonder the reason behind it. 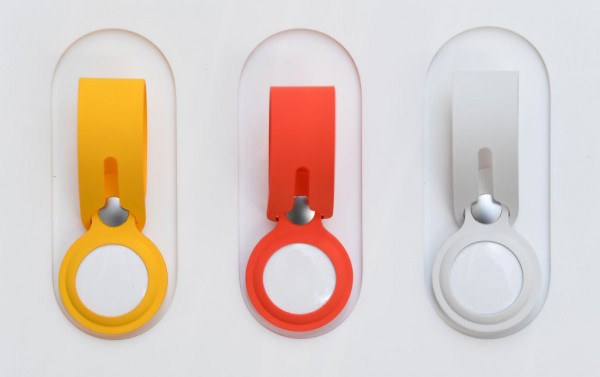 (Photo : by James D. Morgan/Getty Images)
SYDNEY, AUSTRALIA - APRIL 30: Loop accessories for the new AirTags on display at the Apple Store George Street on April 30, 2021 in Sydney, Australia. Apple's latest accessory, the AirTag is a small device that helps people keep track of belongings, using Apple's Find My network to locate lost items like keys, wallet, or a bag.

Back then, the YouTuber, Jonathan, from the channel that goes by the name Megalag, sent AirTags not just to North Korea. He also shipped the Apple tracking device to the CEO and founder of Tesla and SpaceX, Elon Musk, and the CEO of the Cupertino giant, Tim Cook.

Although both AirTags made it to the headquarters of SpaceX and the Apple Park in Cupertino. The one he tried to send to North Korea ended up being sent to South Korea.

The YouTuber learned about the location of his parcel due to the AirTags. However, DHL notified him after two weeks that they had lost the parcel that was supposed to head to North Korea, as per the report by iPhone in Canada.

That said, the man behind the YouTube channel Megalag did not stop there. Instead, he shipped another AirTags to North Korea, still via DHL's service.

It is to note that Jonathan earlier checked the website of DHL if it delivers to North Korea, and it claims to do so.

The second parcel that the YouTuber sent to North Korea ended up reaching Beijing. In fact, his first AirTags, which was marked as lost, also made it to China, perhaps after DHL realized that it was sent to the wrong part of Korea.

Later on, DHL reached out to the YouTuber to tell him that his parcel was lost, yet again.

However, Jonathan did not accept the refund that the courier offered him as he could clearly see that the location of the Apple device was still within the warehouse of DHL. After which, the delivery service found the AirTags eventually.

On top of that, DHL offered its explanation to the YouTuber, noting that they stopped their deliveries to North Korea due to the raging COVID-19 pandemic.

That said, Jonathan began to speculate that DHL was only claiming that packages had been lost instead of manually looking for them from the plethora of delivery items in their warehouses, according to the news story by 9to5Mac.

The YouTuber further theorized that refunding the price of the package seems to be the more cost-effective route for the delivery service.

However, Jonathan went on to point out that it would not be the best move if ever the customers of the delivery firm were trying to send items with sentimental value to their loved ones.

Read Also: Apple AirTag, Purple iPhone 12 Pre-Order is Now Open: When and Where to Order and MORE

In his latest video, the YouTuber also sent another AirTags to North Korea once again. Now, DHL clarified that the delivery services to the said Asian nation continue to operate without any disruption.

And as expected, it was sent to South Korea just like the first parcel and was marked as lost.

This time around, he accepted the refund from DHL, but he is still waiting for an investigation from the delivery service.

Related Article: Stalker Uses Apple AirTag to Spy on a Woman? Here's How the iPhone User Discovered the Tracker in Her Car