Stalker Uses Apple AirTag to Spy on a Woman? Here's How the iPhone User Discovered the Tracker in Her Car

A stalker was discovered using Apple AirTag to track his victim. Based on the women's statements, her iPhone detected the tiny tracker hidden in her car. 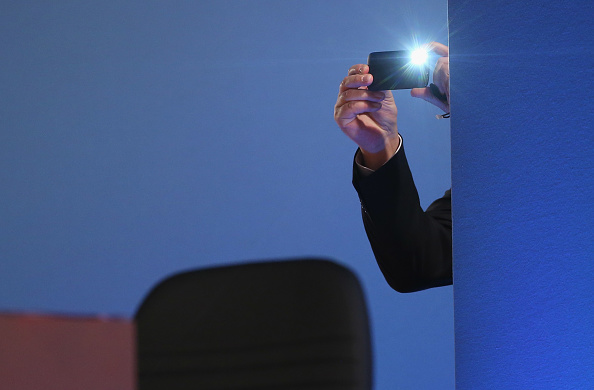 (Photo : Photo by Sean Gallup/Getty Images)
Someone snaps a photo with a smartphone at the Christian Democratic Union (CDU) federal party convention on December 4, 2012 in Hanover, Germany. The CDU has a strong lead over its opponents though has recently lost the mayoral posts in several major German cities to opposition parties. Germany faces federal elections in 2013.

AirTag is currently one of the most intriguing Apple products in the market. Many critics claimed that this small device could be used to locate other people without them knowing.

As of the moment, Apple is still offering this controversial device since many consumers can benefit from it. For those who haven't used an AirTag yet, this innovation is specifically designed to locate lost items.

You can attach it to your bag, smartphone, and other important belongings. Recently, TechTimes reported that Apple AirTags even helped a man to recover his stolen scooter.

Although the iPhone maker's tracker offers lots of benefits, it can also affect many consumers if used badly.

According to WECT News 6's latest report, the woman lives in Jonesboro, Arkansas. During an interview with the iPhone user, she explained that her Apple smartphone alerted her from an unknown AirTag insider in her car. 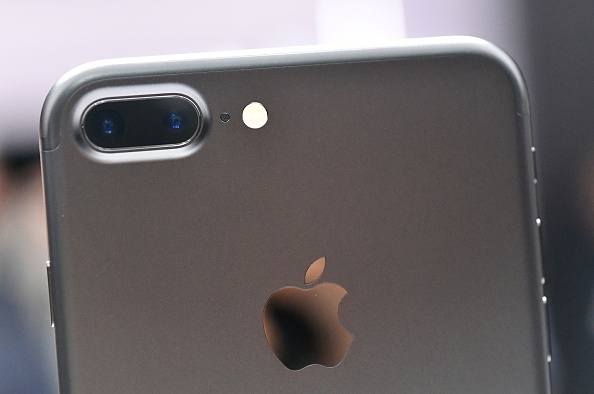 (Photo : Photo credit should read JOSH EDELSON/AFP via Getty Images)
A closeup view of the iPhone 7 Plus' dual cameras during an Apple media event at Bill Graham Civic Auditorium in San Francisco, California on September 7, 2016. - Apple on Wednesday unveiled two upgraded versions of its iPhone and a new waterproof smartwatch, seeking to reignite growth for the iconic technology maker. The iPhone 7 and larger iPhone 7 Plus, with new camera technology, 50-meter water resistance and other features.

"[I was] on my way to work, and I went to hook my phone up to listen to music, and then it popped up. And as soon as it got eye level, I jumped because it was taped right here," said the woman.

The victim also claimed that the AirTag was used to track her real-time location. Since this situation is quite alarming, the Paragould Police Department Detective, Robert Sexton, said that they are now warning people to take their iPhones' AirTags warning more seriously.

He added that criminals could use these tiny trackers to spy on them, leading to some unwanted activities. You can click this link to see more details.

Do This When Being Tracked by AirTags

CNET explained that the best thing you can do once your iPhone detects an AirTag within your house or car is to contact the authorities.

You must do this, especially if the tracking device is not attached to an item since there's a high chance that the AirTag is there to locate you.

In other news, UK Watchdog is currently asking Google and Apple how they access the age range of their consumers.

For more news updates about Apple AirTags and other similar devices, always keep your tabs open here at TechTimes.

Related Article: iPad Used to Find for Father and Daughter When Their Plane Crashed